Manual for the repair, maintenance and operation of Toyota Cressida cars with gasoline, 1978-1992 years of release.

The purpose of this manual is to assist the owner in using the Toyota Cressida. First of all, you will be able to understand which of the parts of the car requires maintenance or repair, as well as assess the possibility of doing this on your own.

This Toyota Cressida Service Manual also provides a complete list of periodic maintenance procedures. The most common malfunctions and methods of their detection and elimination are also given. Some procedures take so little time that it is easier to do it yourself than to sign up for a service station, drive the car there, and then pick it up. This way you can save not only your time, but also money.

The manuals are intended for owners of Toyota Cressida cars, service station specialists and repair shops.

Toyota Cressida is a business class car produced by Toyota from 1976 to 1992. In total, four generations of the model were released. These vehicles are also known in other countries as Toyota Mark II, Toyota Chaser and Toyota Cresta. The name Cressida was dropped in 1993.

The first generation of the Cressida model was produced in sedan (X30, X32) and station wagon (X36) bodies. The coupe body (X31) was only available for domestic Japanese. There, this car was sold as the Toyota Mark II. Basic equipment included air conditioning, automatic transmission and power steering. The car received good sound insulation from the factory, and was considered one of the quietest cars on the market at that time. The MSRP in 1979 from the US manufacturer was $ 9,190.

In England, Cressida was available as a sedan and station wagon. These cars were only exported with a two-liter four-cylinder petrol engine and in the De Luxe trim level.

The second generation Cressida (MX63) has been significantly redesigned from the previous generation. This model was assembled in New Zealand with a two-liter four-cylinder gasoline engine and a five-speed manual or three-speed automatic transmission.

In 1985, a new Cressida model was introduced, designated the MX73 (MX72 station wagon). The 5M-GE engine has continued to be installed since 1984. The car has become larger in size, and at the same time, more aerodynamic than previous generations.

In 1988, Toyota introduced an oversized fourth-generation Cressida model (MX83). It was the last Cressida car in North America.

In 1991, the model underwent minor changes, the grille, interior and alloy wheels were updated. 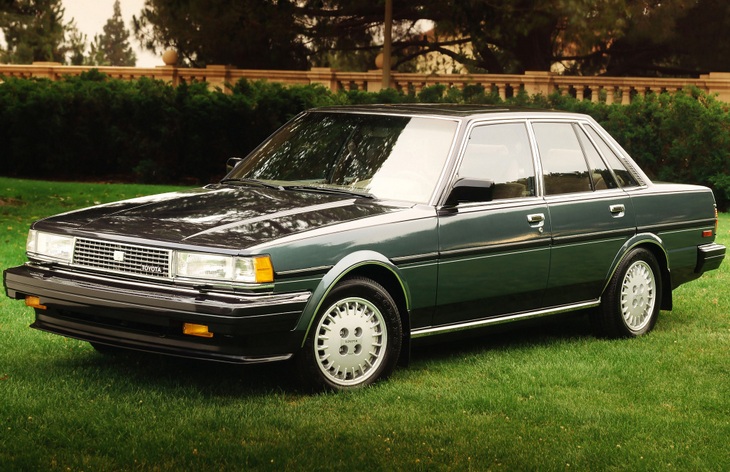