More than 40 owner’s manuals, workshop manuals and wiring diagrams for Audi A4/S4 with petrol and diesel engines. Audi A4 manuals available for free download in PDF.

Manual for repair, operation and maintenance of Audi A4 / AVANT / ALLROAD cars, with all variants of engines and transmissions, including all-wheel drive cars Quattro.

The presented manuals included detailed information set out in an accessible form for the diagnosis and repair of systems and assemblies of Audi A4 / AVANT / ALLROAD cars. A variety of drawings with explanations for each will help the motorist to competently approach the study of potential problems and their further early elimination, while significantly simplifying the solution of the problem that has arisen. What is important, the manual will help the user to carry out the repair process on their own, without resorting to expensive and time-consuming procedures at specialized technical stations. And in cases of unforeseen technical troubles somewhere on the highway, such manuals will be very useful to every specialist who will be tasked to repair the car as quickly as possible and, at the same time, with high quality.

These Audi A4 owners manuals and service manuals contain over 1000 high-quality illustrations that show the controls and individual stages of work. Having studied the Audi repair manuals, you can easily understand even the most complex systems of your car.

The wiring diagrams in the Audi A4 help you quickly identify electrical faults and facilitate the installation of additional equipment.

The procedures for repairing the engine, power system, exhaust system, clutch, gearbox, suspension, steering, brakes, wheels and tires, body, electrical equipment, and other components and assemblies of the car are described in detail.

The owner workshop manual is intended for owners of Audi A4 / Avant / Allroad vehicles, workshop workers and garages.

The Audi A4 is a compact five-seater that has been assembled by the German company Audi since 1994. The first-generation Audi A4 continues the tradition of the previous four generations of the Audi 80, and like its predecessor, the Audi A4 consists of a longitudinally oriented engine in the front of the car and a longitudinally oriented transmission mounted to the rear of the engine. Torque is distributed either to the front axle or, using Audi’s patented Quattro technology, to both axles by means of a distributive Torsen differential, thus forming all-wheel drive.

Since its launch, the Audi A4 has been available in four generations, based on the Volkswagen Group’s ‘B’ series of car platforms, mostly known by their codes: the initial B5, the subsequent B6, B7, B8 and the current B9.

Audi A4 is available in two bodies – Saloon, which is a sedan, and Avant – the name used to denote Audi cars with a body type wagon. The second and third generations of the Audi A4 (B6 and B7, respectively) were also produced in a cabriolet body and had the same name “Cabriolet”. However, the generation Audi A4 (B8) has not yet been introduced in the body of the convertible, as the market presents convertible versions of the family models Audi A5 Coupe and Audi S5 Coupe.

Audi has also launched versions of the car with improved A4 performance, including the Audi S4 and the low-availability version with high-performance Audi RS4, which are directly related to the A4 model.

There are the following generations of Audi A4: 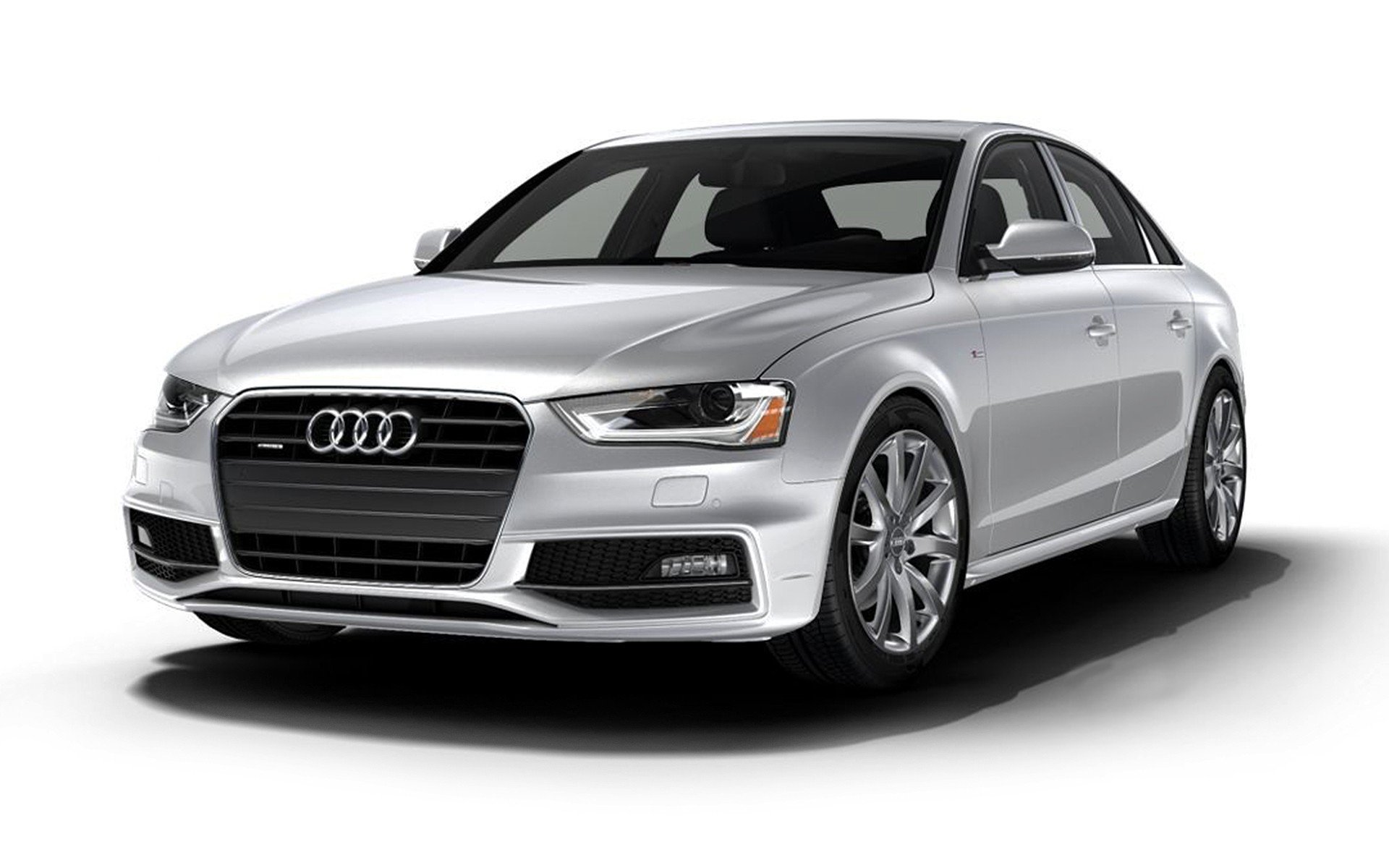