Here is a little background information about Honda Freed

Honda Freed is a 7/8 seater compact van produced by the Japanese company Honda since 2008. In the lineup, the car replaced the Honda Mobilio. Freed is based on the Honda Fit platform, which in turn is based on the Honda Global Small Car platform. A total of 3 versions of the car are available: 7-seater (3 rows of seats), 8-seater (a third center seat appears in front) and 5-seater (2 rows of seats). In addition, there is a version for the disabled, in which the front or rear passenger seats slide out to the side. The rear side doors of the car slide back, such a solution can often be found in compact vans. Freed’s base price is 2,226,000 yen ($ 20,700).

On March 21, 2009, the sale of Freed began in Indonesia, after a while the car appeared in Japan, and Freed quickly gained popularity there – in April 2009 the car managed to visit the top ten best-selling cars in Japan, being there in 8th place with a result of 4591 cars … The car is assembled at a factory in Karaven, West Java and exported to other countries in Southeast Asia. In the Indonesian market, the car is available in a 6-seater version with a 5-speed automatic transmission, while in the Japanese market, cars are sold with a CVT.

On April 22, 2010, sales of the compact van began in Malaysia. It became the fifth country to sell a car (after Indonesia, Japan, Thailand and Singapore).

On January 23, 2011, Freed officially appeared in Hong Kong. The car comes from Japan and has a 6-seater seating configuration.

An updated version of Freed hit the Japanese market on October 28, 2011. In the first two weeks, about 20,000 vehicles were sold, with 63% of them being hybrid versions.

Only 1 engine is available on the Freed – a 1.5-liter naturally aspirated gasoline unit that develops 118 horsepower. A similar engine is put on the Honda Fit / City, however, unlike theirs, the Freed engine develops more torque (148 versus 145), but less horsepower (118 versus 120). The transmission is a 5-speed automatic transmission or a continuously variable CVT.

In September 2009, Honda announced a plug-in hybrid version of the car that has been available since 2011.

In September 2016, sales of the 2nd generation Honda Freed minivans began in Japan. The car is equipped with a 1.5 liter gasoline engine (131 hp), paired with a variator. 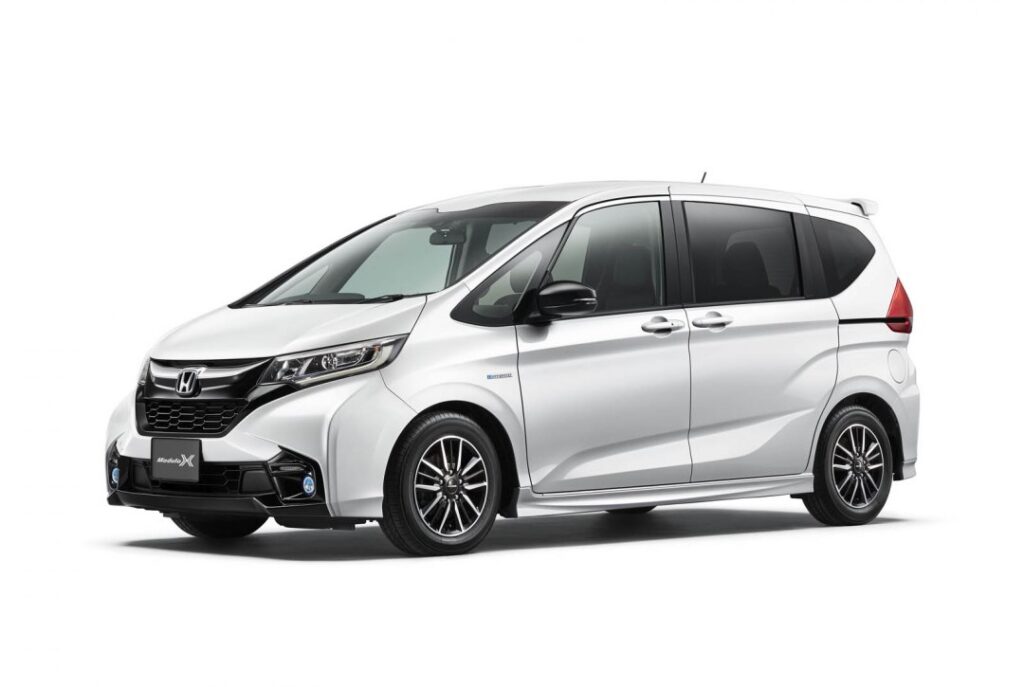