The DS 3 is a city car from the French car manufacturer DS Automobiles, after an initial period under the Citroën brand and the DS3 name. Marketed from March 2010 to January 20203, it belongs to the premium city car segment, which puts it in direct competition with the Mini, the Alfa Romeo MiTo and the Audi A1. This is the first model in the DS range.

The Citroën DS3 appeared in its final version on August 24, 2009. As announced, the production model remains very close to the DS Inside concept. Derived from the Citroen C3, it uses the most upscale mechanics, and adds turbocharged petrol engines of 156 and then 202 horsepower. A convertible version, the DS3 Cabrio, entered the catalogue at the end of September 2012.

The next day, Citroën unveiled the restyling of the DS 3, mainly oriented on the front of the vehicle, within particular new optics inspired by those of the Citroën DS Number 9 and DS Wild Rubis. These combine LED and Xenon technologies with new scrolling direction indicators called “dynamic indicators”. 3D LED taillights are standard on So Chic14 and a new Pearl White colour is introduced. 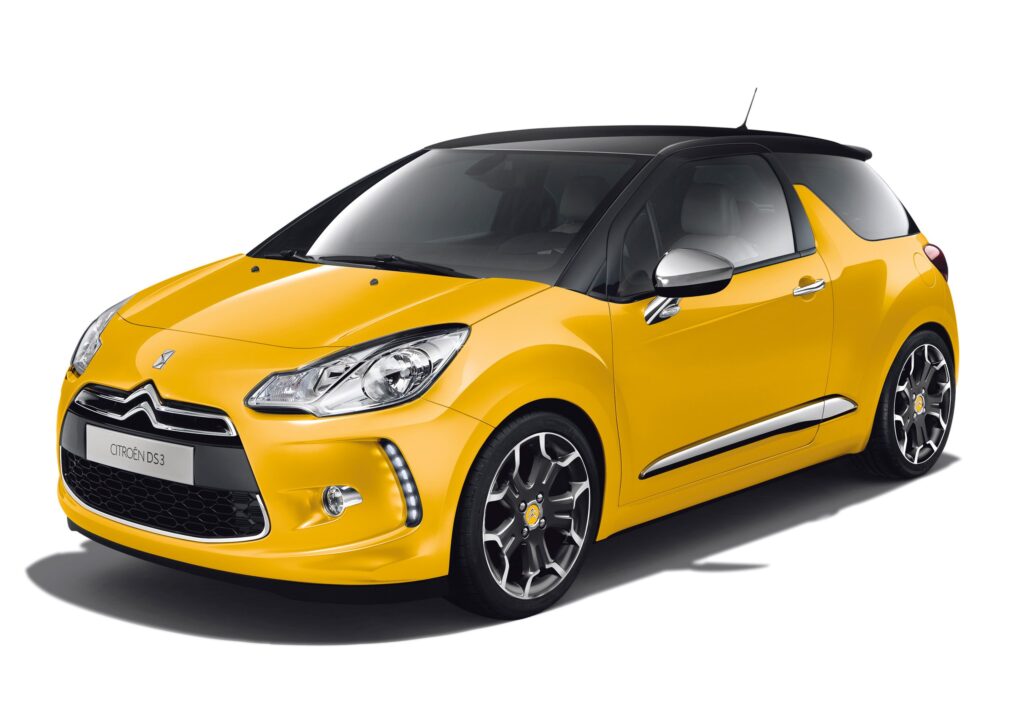