Manual on repair, maintenance and operation of Chevrolet Celebrity cars 1982-1996 years of release.

The purpose of these Chevrolet Celebrity instructions is to assist the owner in using the vehicle to its full potential. First of all, you will be able to understand which of the parts of the car requires maintenance or repair, as well as assess the possibility of doing this on your own.

This manual also provides a complete list of periodic routine maintenance procedures. The most common malfunctions and methods of their detection and elimination are also given.

This Chevrolet Celebrity manual provides detailed illustrated descriptions of various components and mechanisms of the vehicle. All maintenance and repair procedures are described step by step and illustrated.

The Chevrolet Celebrity was a mid-range model built by the US car brand Chevrolet from late 1981 to mid-1990.

The Celebrity was based on the General Motors A-platform and was closely related to the Oldsmobile Cutlass Ciera, the Pontiac 6000 and the Buick Century.

The models on the A-platform with front-wheel drive replaced the mid-range models on the A-platform with rear-wheel drive, which were introduced for the 1978 model year and were downsized for the first time (Chevrolet Malibu, Buick Century, Pontiac Le Mans and Oldsmobile Cutlass). Their coupé variants, however, were continued for a few years, as did the station wagon versions (until the front-wheel drive successors appeared).

Compared to the older A platform, the new generation models were again smaller, lighter and more economical.

At the beginning of 1982, Chevrolet presented the new Celebrity, which was based on the A-platform with front-wheel drive from General Motors and was thus a sister model of the Oldsmobile Cutlass Ciera, the Buick Century and the Pontiac 6000, as the successor to the Chevrolet Malibu, its sedan and station wagon variants up to 1983 model year remained in the program.

The Celebrity was initially offered as a two-door coupé and a four-door sedan in a single equipment level with a 2.5-liter in-line four-cylinder and a 2.8-liter V6. For the 1983 model year, a 4.3-liter diesel V6 was also added to the range.

At the end of 1988 the Celebrity Coupé was removed from the range. The sedan followed in mid-1989.

In 1990 the Celebrity was only offered as a station wagon, the other versions were replaced by the larger Chevrolet Lumina.

From 1997 a smaller mid-size model was offered again with the Chevrolet Malibu. 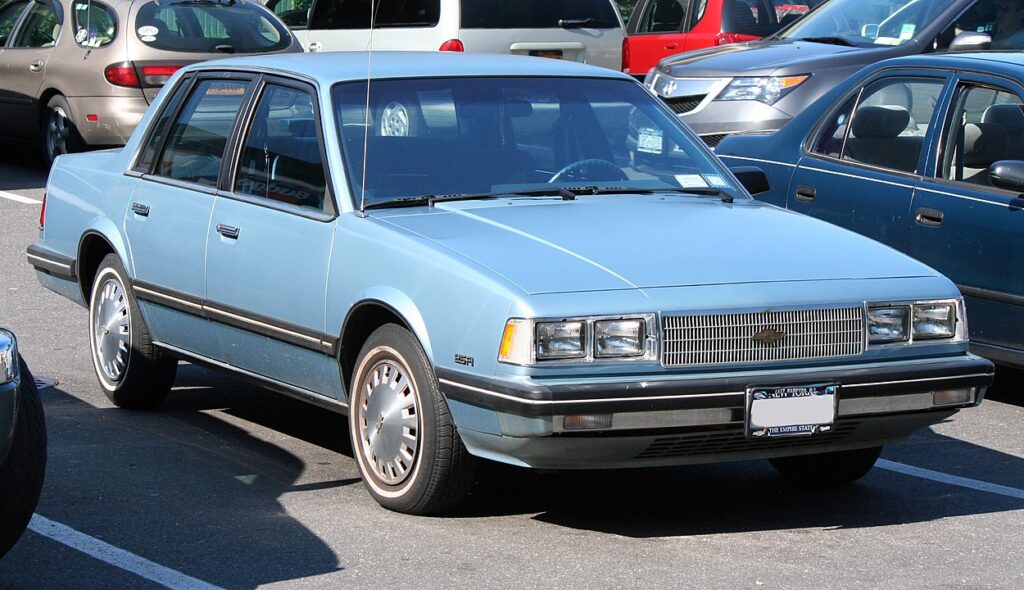