Manuals for the repair, maintenance and operation of Chevrolet Lumina (FWD) 1995-2005 years of release.

The purpose of these instructions is to assist the owner in using the Chevrolet Lumina. First of all, you will be able to understand which of the parts of the car requires maintenance or repair, as well as assess the possibility of doing this on your own.

These manuals also provide a complete list of periodic routine maintenance procedures. The most common malfunctions and methods of their detection and elimination are also given. We hope that you will be able to solve many of the problems that arise on your own. Some procedures take so little time that it is easier to do it yourself than to sign up at a service station, drive the car there, and then pick it up. This will save you not only your time, but also money.

This manual provides detailed illustrated descriptions of various components and mechanisms of the Chevrolet Lumina. All maintenance and repair procedures are described step by step and illustrated.

Chevrolet Lumina – medium-sized cars manufactured by the American automobile company Chevrolet General Motors from 1989 to 2001. From early 1989 to spring 2001, the car was manufactured in Oshawa, Canada, and replaced the Chevrolet Celebrity and Chevrolet Monte Carlo.

In the US, the Lumina model was available in two different versions, which initially led to some confusion among buyers. In addition to the sedan called Lumina offered minivan Lumina APV.

The latter model was manufactured in Australia by a subsidiary of GM Holden and was offered in only a few markets.

In 1990, the Chevrolet Lumina sedans and coupes began at the General Motors plant in Canada. This car, created in order to compete with the Ford Taurus, was designed on a front-wheel-drive “W-body” platform, common with other cars of the brands Pontiac, Oldsmobile, Buick. The Lumina APV minivan also appeared in the Chevrolet lineup, but it had little in common with the sedan and coupe.

The range of engines consisted of a 2.5-liter four-cylinder engine, which was later replaced by a 2.2-liter one, and a 3.1-liter V-six. In 1991, powerful versions debuted, equipped with a V6 3.4 engine, developing 210 hp. with., the sedan was named Chevrolet Lumina Euro 3.4, and the coupe – Lumina L34. Transmissions – mechanical or automatic.

In total, until 1994, about 900 thousand sedans and 150 thousand Chevrolet Lumina coupes were produced.

The second generation of the Chevrolet Lumina, which debuted in 1995, only had a sedan version. The coupe became a separate Monte Carlo model. The car had a completely new body and interior, but the chassis remained the same.

The Chevrolet Lumina sedan was produced in special versions for use as taxis and police patrol cars. With the appearance in 1999 of the “successor” – the Chevrolet Impala model, sales of the Chevrolet Lumina to private customers were gradually phased out, but the sedan was offered to corporate buyers until 2001. In total, the factory in Canada produced approximately 1.15 million second-generation vehicles.

In the American market, the Impala sedan took the place of Lumina. But in the countries of the Middle East, South Africa and some Asian countries in 1998, under the name Chevrolet Lumina, they began to offer the Australian rear-wheel drive sedan Holden Commodore. There was also a version with a coupe body – a copy of the Holden Monaro model.

The Chevrolet Lumina is currently only sold in South Africa. A copy of the Australian Holden Commodore, this rear-wheel drive car is available in sedan and pickup versions. The only powertrain option is a six-liter eight-cylinder engine, which, paired with a manual transmission, develops 360 hp. with., and with a six-speed “automatic” – 350 forces.

Until 2011, the Chevrolet Lumina sedan was also delivered to some countries in the Middle East. In addition to the six-liter engine, these cars were also equipped with a 3.6-liter “six” with a capacity of 240 liters. with.

The fourth generation Chevrolet Lumina has been produced in Australia since 2006. 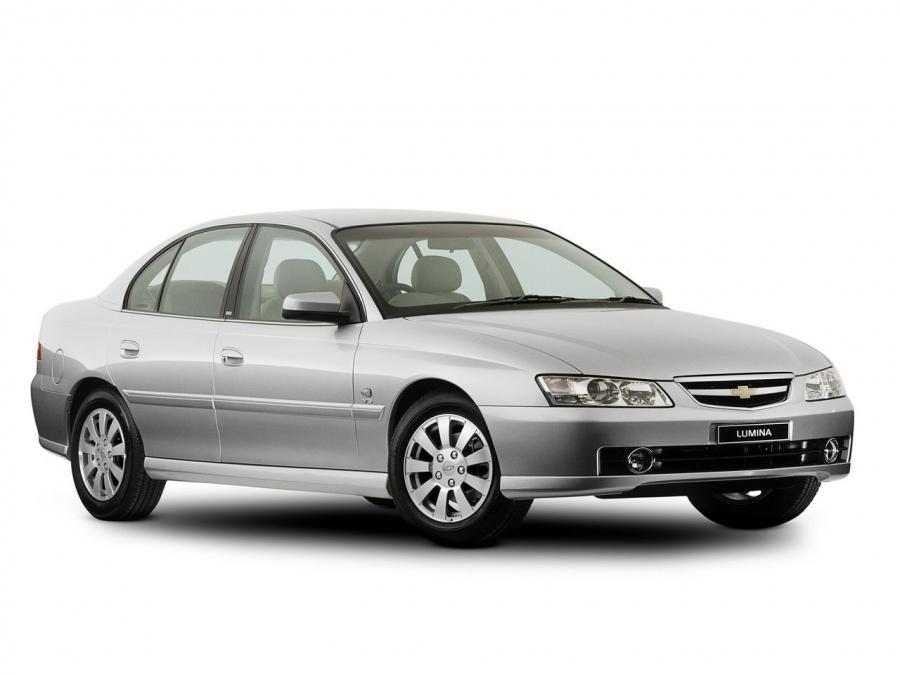