Chevrolet Equinox is an SUV from General Motors. It is classified as a medium-sized SUV crossover. Based on the GM Theta platform.

The first generation of the Chevrolet Equinox crossover was introduced in 2004 (in the 2005 series). The car is built on the GM Theta platform with a transverse arrangement of the engine and was equipped with a gasoline 3.4 liter V6 engine with 188 hp. and a 3.6-liter V6 with 268 hp. Transmissions – five-and six-speed automatic transmission. All-wheel drive was offered as an option, and by default it was front-wheel drive.

In 2008, Chevrolet added a sports model to the Equinox line of crossovers. The six-cylinder engine with two distribution in a head of cylinders in volume of 3,6 liters allowed to be dispersed to 100 km / h in 7 seconds and to reach power in 264 horsepowers. Equinox Sport has 18-inch wheels and a six-speed automatic transmission.

On December 21, 2008, Chevrolet announced the “second generation” of the Equinox line, and presented the first models at the 2009 North American Detroit Auto Show. The car is built on the upgraded GM Theta platform.

In 2013, the 3.0-liter V6 engine was replaced by a new 3.6-liter V6 with 301 hp. Added “Siri Eyes Free” feature that communicates with iPhone via Siri voice assistant.

In 2015, the model was updated, changing the appearance and equipment.

The crossover is built on the D2XX / D2UX platform, known for the third-generation Chevrolet Cruze sedan and a number of other GM models. In front there are McPherson struts and power steering. At the rear of the car has its own independent four-link suspension, not a twisting beam, like a sedan. The curb weight was reduced by 180 kg. Front-wheel drive version with a 1.5 liter engine weighs only 1509 kg. 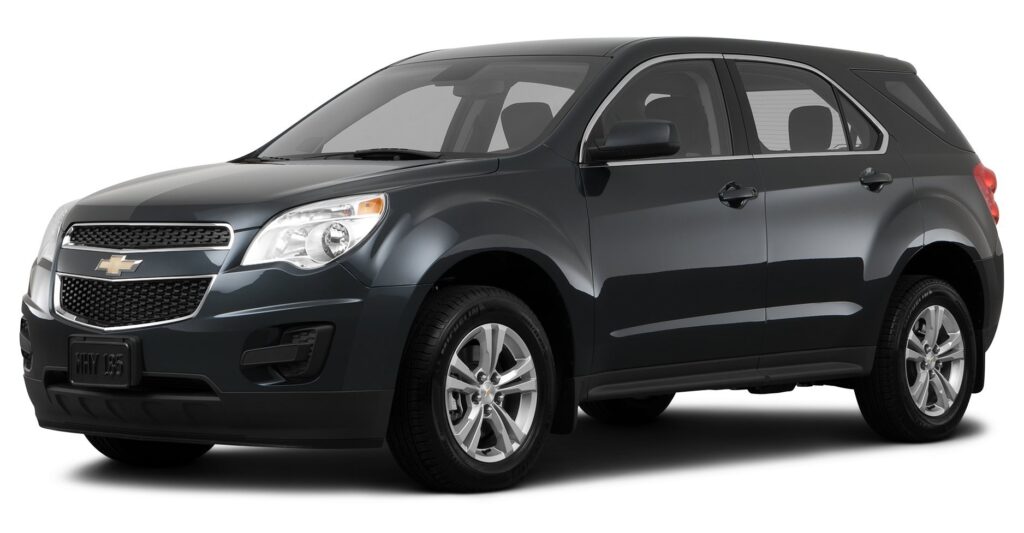