Chevrolet S10 Service Manuals contain a large number of illustrations that show the controls and individual stages of work.

The wiring diagrams (schematic diagrams of the Chevrolet S10) help to quickly identify faults in the electrical system and facilitate the installation of additional equipment.

The procedures for repairing the engine, power system, exhaust system, clutch, gearbox, suspensions, steering, brakes, wheels and tires, bodywork, electrical equipment, and other components and assemblies of the car are described in detail.

In the sections On-board diagnostics – the principle of operation and fault codes of the Chevrolet S10 and control geometric dimensions required for body repairs of various body options.

Separate sections of the manual include the operation manual and recommendations for the maintenance of the Chevrolet S10.

Repair and maintenance manuals are intended for both Chevrolet S10 owners and service station and auto service workers.

Chevrolet S-10 – compact pickups from Chevrolet General Motors. When it was first introduced in 1982. The GMC version was known as the S-15, and later renamed the GMC Sonoma.

In North America, the S-Series was replaced by the Chevrolet Colorado and GMC Canyon, as well as the Isuzu I-Series in 2004.

Production of the S-Series ended in Brazil in 2012, being replaced by the Thai Chevrolet Colorado, but still with the name S-10.

The Chevrolet S10 is a midsize pickup truck, the third generation of which has been produced in Brazil since 2012. The car is sold in some countries in South America, in other markets the model is known as the Chevrolet Colorado.

The pickup is offered with single and double cabins, as well as a “bare” chassis without an onboard platform. The Chevrolet S10 is equipped with a 2.8-liter turbodiesel (200 hp) or a 2.5-liter gasoline engine with a capacity of 197 hp. with. (in versions for the Brazilian market, this engine can also run on ethanol, the power in this case is 206 hp).

The car is offered with a manual or automatic transmission. Drive – rear or rigidly connected full. Twice, in 2016 and 2020, the company has restyled the model. 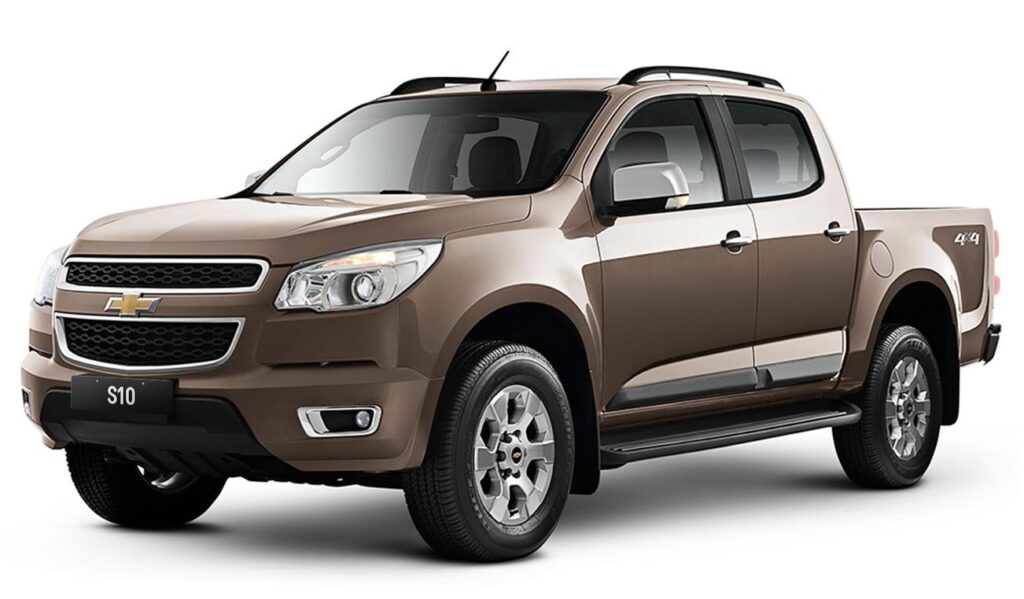