The Chevrolet Corvette is a two-seater sports two-door rear-wheel drive passenger car manufactured under the Chevrolet brand by General Motors (USA) from 1953 to the present.

The car is the first American sports car created by an American manufacturer. There is a National Corvette Museum in Bowling Green.

The first generation of Corvettes was produced from 1953 to 1962. At the Motorama exhibition in 1953, a completely new car for America was presented – a two-door coupe Chevrolet Corvette. The creators were tasked with building a sports car. The model had a fiberglass body on a metal frame mounted on a tubular frame, in-line 6-cylinder engine with a capacity of 3.8 liters and a 2-speed automatic transmission Powerglide. 300 copies were built, all cars were painted white.

Famous car designer Larry Shinoda, the creator not only of the C2 but also of the legendary Ford Mustang, helped create the next generation of Corvettes. The body was created by William Mitchell. Through their efforts, the model has received an independent two-link suspension on the transverse springs and V8 engines Big Block family – first 425-horsepower 6.5-liter, and then – 435-horsepower with a capacity of 7 liters, equipped with triple carburetors Tri Power. C2 was produced in coupe bodies and convertibles. A total of 117,964 cars were produced.

The third Corvette is based on the 1965 Mako Shark II concept created by David Halls. Initially, C3 was based on C2 units. In 1969, a new Small Block with a capacity of 5.7 liters (300 hp) and later – Big Block (7 liters, 390 hp). In 1972, the standards for measuring engine power were changed, according to which the most powerful 7.4-liter engine developed 270 hp, and the Small Block engine – a maximum of 205 hp. With the introduction of new fuel taxes, the big multi-liter Big Block is a thing of the past. Production volumes of C3 amounted to 542,861 units.

The fourth Corvette was not as revolutionary from the outside as the previous generation, but had a well-thought-out aerodynamics and technical part. This generation Corvette was equipped with a new 5.7-liter engine with 230 hp. In 1986, a roadster body with an awning top appeared. A total of 358,180 copies were issued.

In 1990, the C4-based Corvette ZR1 was released, equipped with a 375-horsepower V8 LT5 with aluminum block heads, developed in collaboration with Lotus. The camshafts (two per unit) were in the head, and each cylinder had 4 valves, which is not typical for American engine building. Also in 1996, a limited edition Chevrolet Corvette C4 Grand Sport was released, named after the 1963 model of the same name. Only 1,000 units were released: 810 with a coupe body and 190 roadsters.

Developed by engineer Dave Hill and designer John Caffaro, the C5 has a new platform – a suspension on transverse carbon springs, a monocoque on a powerful spatial frame, a transaxle layout with a rear-axle 6-speed Tremec T56. An interesting feature of the new platform is the construction of the floor, which is a “sandwich” of two layers of metal, between which is clamped a plate of balsa wood.

At the Detroit Motor Show in January 2004, the Corvette C6 with coupe bodies and convertible was presented. Built on an updated C5 platform, with the same suspension and reverse gear, the C6 got a new 6.0-liter LS2 engine that developed 400 hp. and a torque of 585 N • m. In 2008, the model received an upgraded transmission, exhaust system, new body color options, wheel design and improved interior decoration. A modification of the Corvette Z06 was created on its basis.

In 2019, the eighth generation Corvette debuted with an engine located behind the seats in front of the rear axle. Presumably, the Chevrolet Corvette C8 got a 6.2-liter LT8 V8 engine, which will be in the atmospheric version or with two turbochargers. The car will be able to compete more successfully with central motor competitors in body series or endurance races. 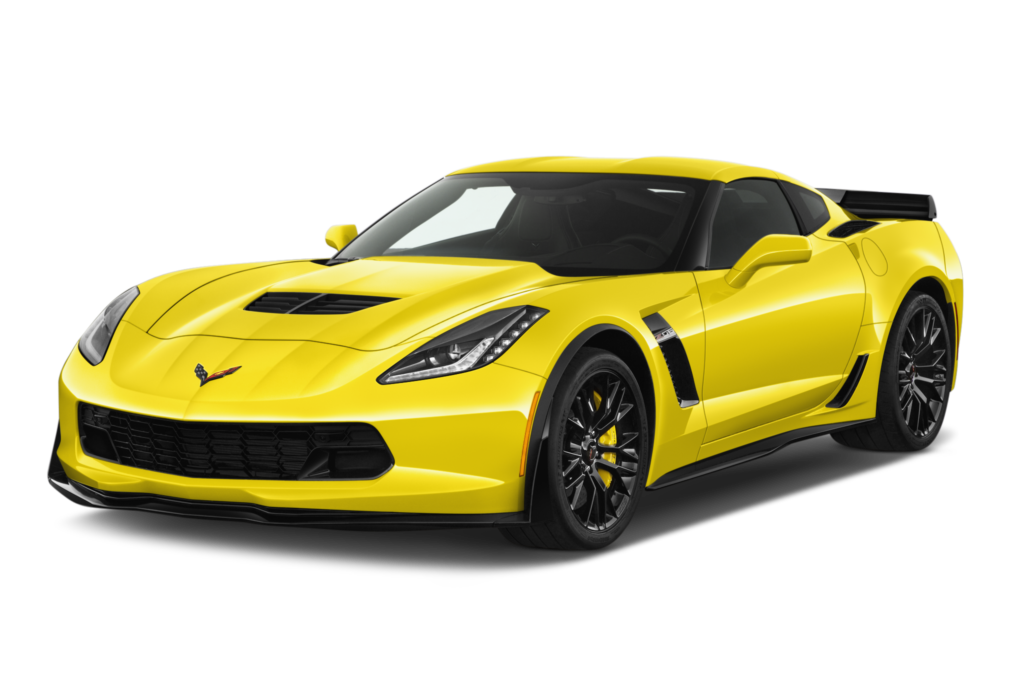