The Buick Terraza is a minivan produced from 2004 to 2007 by the Buick Corporation, a division of General Motors Corporation.

Terraza, along with the use of Rendezvous and Rainier, formed a range of premium Buick cars of a versatile, comfortable and luxurious sedan type. Ranking at the top of its respective market segment, this minivan should have attracted new buyers to the company’s showrooms. The name of the model was chosen after a series of polls, which confirmed that it is associated with the widespread use of luxury cars. In autumn 2004 Terraza went on sale.

The body of the car was adapted to the perception of real accidents. It was reinforced with high-strength steel inserts, and the elongated front end created the necessary crumple zone, protecting the interior in a head-on collision. Frontal airbags with two-stage deployment were installed as standard, side airbags could be ordered separately. All seats were equipped with seat belts with pretensioners, and child seat anchors (LATCH) were installed on the second row.

Luxurious seven-seater saloon with decorative wood and chrome steel inserts had two separate seats in the first and second row, and three were placed on a solid sofa in the third row. Behind there was a trunk with a volume of 762 liters. The backs of the third row of seats could be folded 50/50 and carry long loads. Or fold the row completely, then the trunk volume increased to 2097 liters, and with all the seats folded down, up to 3865 liters of luggage intervened in the car. On the ceiling of the cabin there were special guides along which a multimedia system, a DVD player, for example, could move. On them, it was also possible to install a eyeglass case, a pharmacy or a storage container. 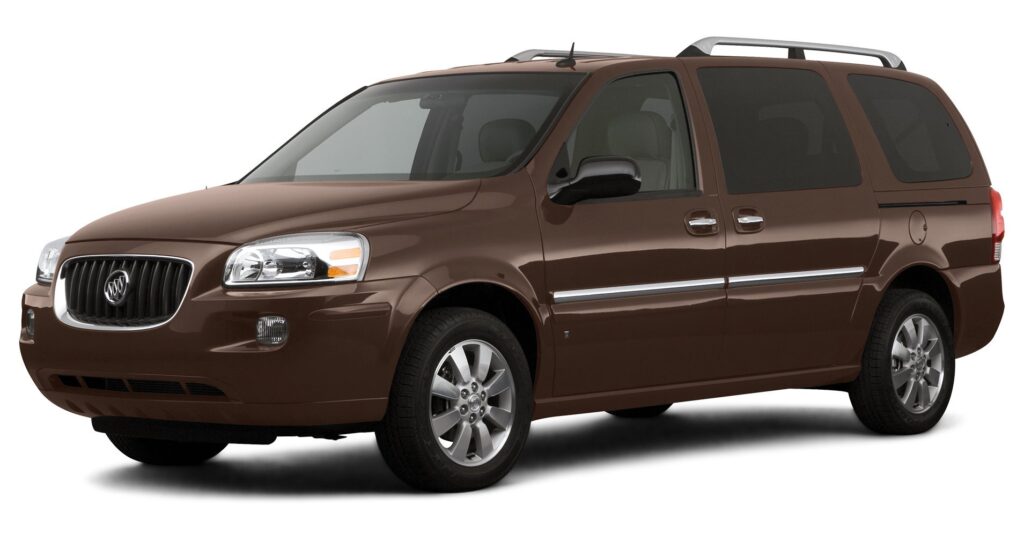