The Buick Rendezvous is a mid-size crossover sold by the Buick during the 2002-2007 model years. Buick Rendezvous and Pontiac Aztek were GM’s attempt to enter the crossover segment. As a four-door crossover with front-wheel drive and additional all-wheel drive (Versatrak), the Rendezvous had a four-speed automatic transmission with a V6 engine. The SUV used the same platform as GM’s short base Pontiac Montana and Chevrolet Venture.

The first all-wheel drive vehicle in Buick’s history in 80 years, it combined high cross-country ability with a spacious, easily transformable interior. The model was aimed at capturing its share of the growing crossover market and attracting new young buyers.

The car was first shown at the February 2000 Chicago Auto Show, production began in the spring of 2001 and went on sale as a 2002 model.

Stylish and functional, the car had three rows of seats for seven passengers and a flexible system for seating people and cargo. In front there were two comfortable heated seats, electrically adjustable and memory settings. In the back, in the second row, the standard version was a sofa divided in half, designed for three passengers. Each of the halves could move forward and backward, and its back could be folded. On request, two separate chairs could be installed in the second row. Third-row folding seats were an option for all Rendezvous versions. Two adults of the 95% percentile could fully fit on them. Behind the backs of the third row of seats there was a trunk with a volume of 513 liters. If you put them together, then its volume increased to 1543 liters. Well, with all the seats folded, a load of 3084 liters could be loaded into the car. 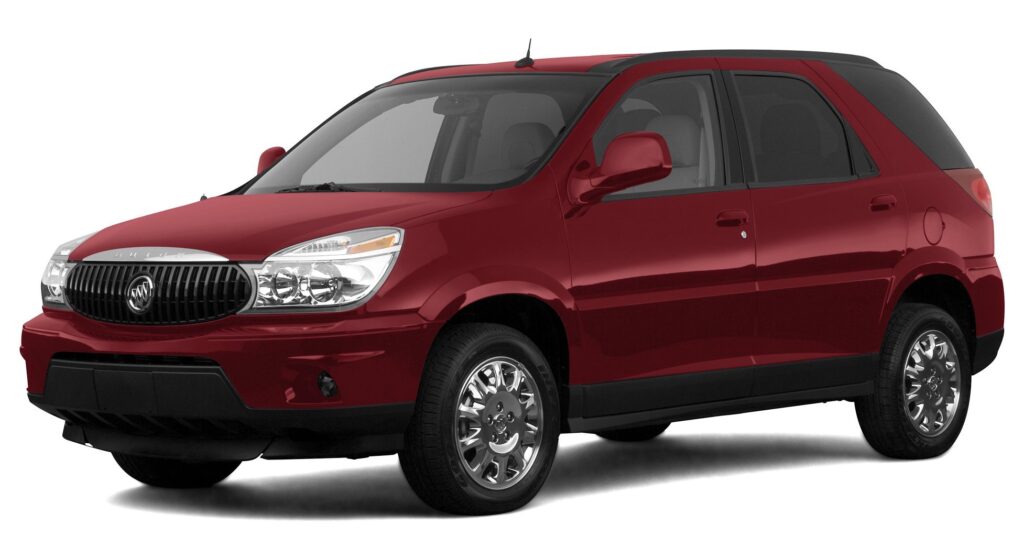