The Holden Barina is a small car that has been offered by the Australian car manufacturer Holden, the local subsidiary of General Motors, since 1985. From 1985 to 1994 its design was based on that of the Suzuki Swift, from 1994 to 2005 it corresponded to the Opel Corsa and since 2005 it has been manufactured based on the Chevrolet Kalos and Chevrolet Aveo.

Following the switch to the Opel Corsa C in Europe in 2000, the SB Barina was also switched to the XC Barina in 2001. Again, 3- or 5-door hatchbacks were available, but the cabriolet was omitted. The vehicles were powered by a 1.4-liter engine with an output of 66 kW, and in September 2001 the “GSi” with the new 1.8-liter R4 with an output of 92 kW was added.

In 2003 there were the better equipped variants SXi and CD alongside the previously offered SRi. Since the hoped-for, better sales success did not materialize, these designations were dropped for the 2004 vintage.

The Barina was offered on an Opel Corsa basis until December 2005.

The TK Barina was introduced in December 2005 and is derived from the Chevrolet Kalos. From February 2006 there was also a 4-door notchback sedan in addition to the 3- or 5-door hatchback. The cars had 16-valve engines with displacements of 1.2 to 1.6 liters and between 53 and 77 kW of power.

In August 2008, a facelifted model with slightly raised rectangular headlights, a modified radiator grille and different taillights was presented. In addition, the vehicles were equipped with side impact protection and two airbags as standard. Since then, power windows and electrically adjustable mirrors have also been part of the standard equipment. The Barina thus achieved a good safety rating. 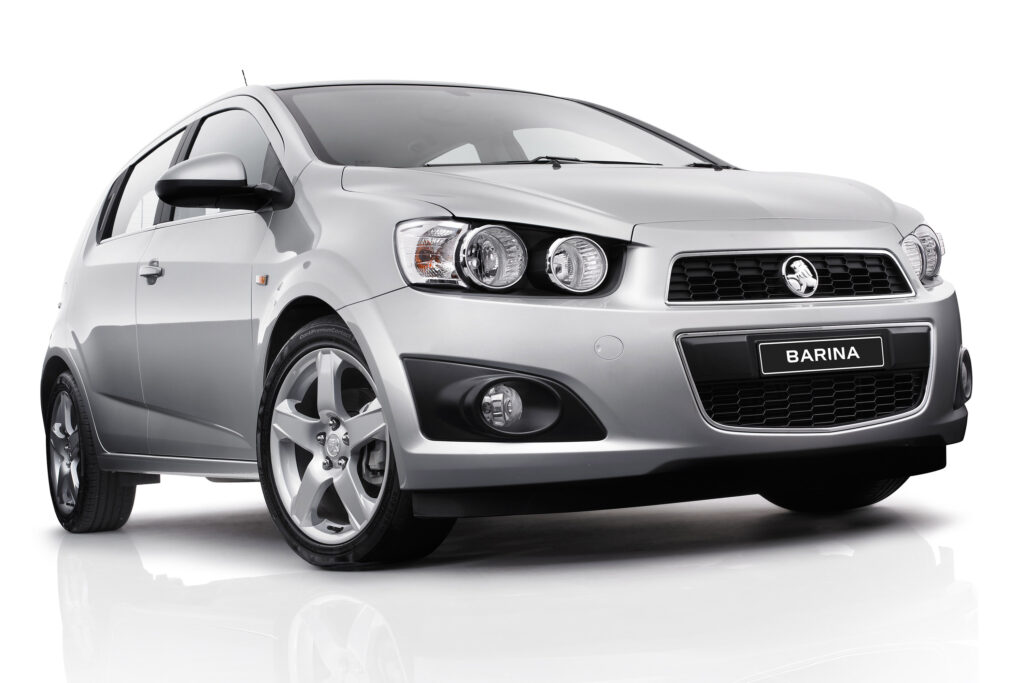