The Holden Astra is a compact passenger car that was offered by Australian car manufacturer Holden, the Australian subsidiary of General Motors, from 1984 to 1989, from 1995 to 2009 and again from 2015 to 2020. The 1984-1989 vehicles were sister models to the Nissan Cherry and Nissan Sunny models. From 1989 to 1995, the Toyota Corolla-based Holden Nova replaced the Astra. From 1995 to 2009, an Astra was offered that corresponded to the current European Astra models from Opel and Vauxhall. From 2015 to 2016, a model based on the Opel Astra J was again sold, which had previously been offered under the Opel brand name from 2012 to 2013. From 2016, the Opel Astra K was offered together with the Chevrolet Cruze J400 as the Holden Astra.

When the LB Astra was introduced in August 1984, it was the first Holden not to be built in Australia but, along with the Cherry from which it descended, at Nissan in Japan. However, the Astra did not correspond exactly to the Cherry, but had specific equipment lines for Australia. The car, which was only available as a 5-door hatchback, could be ordered as a simpler SL/X or a better-equipped SL/E. In any case, it was powered by a 1.5 liter in-line four-cylinder ohc engine with an output of 51 kW. A manual five-speed gearbox or an optional three-speed automatic transmitted the engine power to the front wheels. The role of the 4-door sedan was occupied by the RB Gemini, which was manufactured by Holden at the same time, so that one body shape was sufficient for the Astra.

In February 1986, the mildly revised LC Astra was presented. While there were hardly any changes on the outside, the engine had a displacement of 1.6 l and produced 52 kW. A cheaper SL model was added at the lower end of the range. The SL/X and SL/E featured body-colored grille and bumpers, while the SL continued to sport black plastic parts. 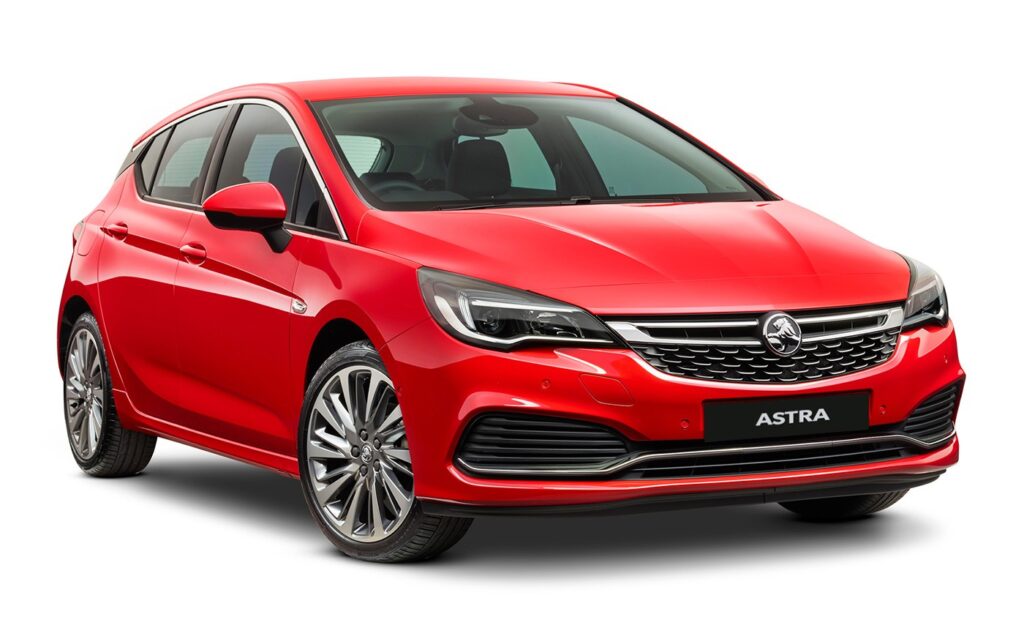