The Chevrolet SS (Super Sport) is a rear-wheel drive sedan manufactured by Holden in Australia and then exported to the United States, where it was sold by Chevrolet.

The Holden Commodore VF sedan was sold in the United States under the name Chevrolet SS. He was a niche between the Chevrolet Malibu and the Chevrolet Impala in the Chevrolet lineup, and also filled the void left by the Pontiac G8 (a modification of the Holden Commodore VE) after the Pontiac brand was discontinued in 2009. The SS went on sale as a 2014 model in late 2013 and was the first Chevrolet sedan with a rear-wheel drive V8 available to the general public after eighteen years since the cessation of production of the fourth-generation Chevrolet Caprice and the seventh-generation Impala SS. The vehicle was unveiled at Speedweeks in Daytona Beach, Florida, in February 2013.

Chevrolet SS was equipped with a 6.2-liter LS3 V8 engine from Chevrolet Corvette (C6), with a capacity of 415 hp. (309 kW) and a torque of 563 Nm. The only gearbox available for the 2014 model year was a six-speed automatic that could be shifted manually using the paddle switches on the steering wheel.

Compared to the previous Pontiac G8, the restyled SS featured a stiffer chassis for improved ride and handling thanks to the greater use of medium and high strength steels adopted for the updated VF Commodore.

On February 20, 2013, GM announced that the Chevrolet SS will not be sold in Canada, despite the fact that it was previously presented there at the 2019 Toronto International Motor Show.

For the 2017 model year, three exterior colors were removed (Some Like It Hot Red metallic, Jungle Green metallic and Mystic Green metallic) and two colors were added: Orange Blast and Nightfall Gray Metallic. It was also the last year of the SS, as Chevrolet announced on January 9, 2017, that there were no plans to succeed Commodore in Australia. 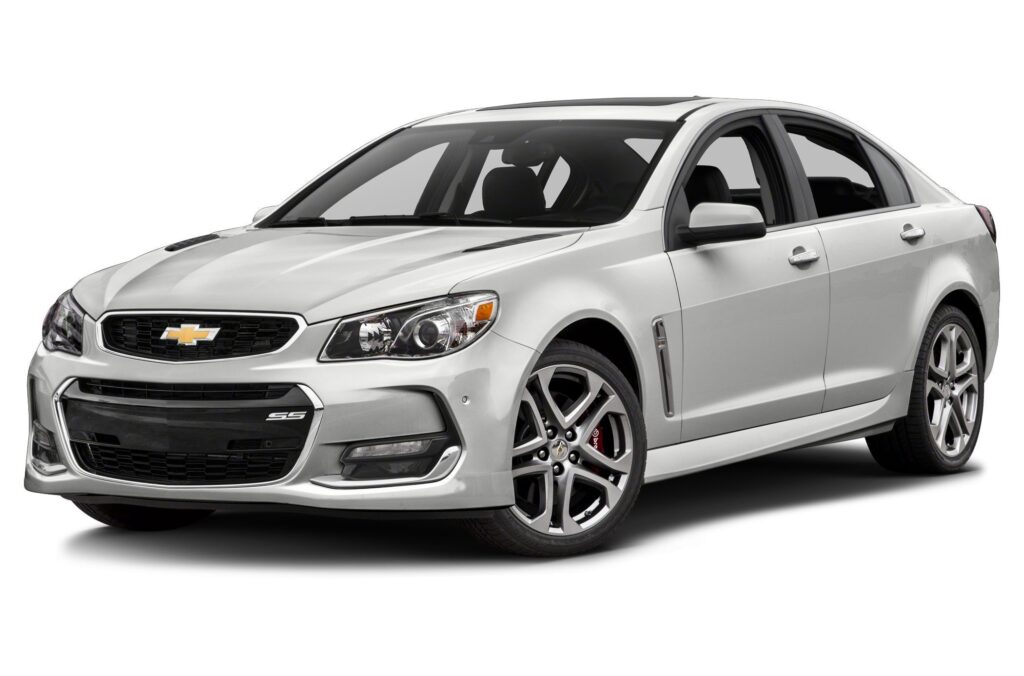