Here is a little history about BMW Z4 E89

The second generation of the BMW Z4 E89 model debuted in 2009. If the previous version was offered with a roadster with a cloth top and a coupe, now there was only one option – a roadster with a rigid folding roof made of aluminium. The main competitor, the Mercedes-Benz SLK, had the same body.

Due to the use of a rigid folding top, production had to be moved from the USA to Germany, to a plant in Regensburg, closer to the supplier of the roof mechanism.

At first, the BMW Z4 E89 was equipped with only gasoline inline six-cylinder engines. The basic power unit with a volume of 2.5 litres developed 204 litres. with., a three-litre engine had a capacity of 258 litres. from. And under the hood of the top versions was a turbocharged engine with a volume of three litres, developing 306 or 340 forces.

In the basic configuration, the roadster had six-speed “mechanics”. For atmospheric engines, a six-speed automatic transmission was offered for a surcharge and a seven-speed robotized preselective gearbox for the turbo version.

In 2011, the 2.5 and 3.0 naturally aspirated engines were retired. They were replaced by a new four-cylinder 2.0-litre turbo engine developing 156-245 litres. from. depending on the version. In 2013, the company carried out a small restyling of the model.

Production of the second generation of the BMW Z4 E89 Roadster ended in August 2016. The car was officially delivered to the Russian market at 2.6 million rubles for the version with a two-litre 184-horsepower engine. 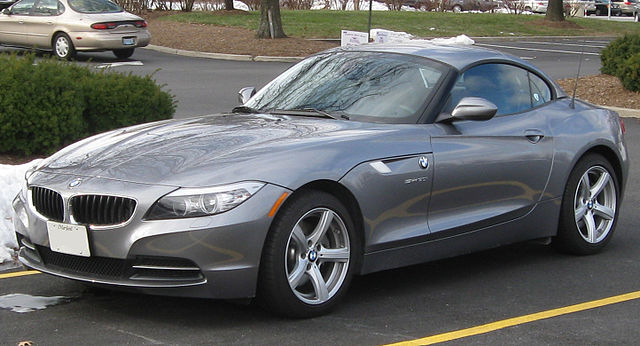