Daihatsu Terios – 5-door mini-SUV, for the first time introduced in 1997 by the Japanese automaker DAIHATSU at the car dealership in Geneva. When designing the purpose of creating a passenger universal, which would have owned the passage of the car “Cross Country”. The machine was equipped with a modified 1,3-liter engine HC-EJ with a capacity of 92 hp from Daihatsu Charade. Thanks to the rather large road lumen (almost 20 cm) and presence in the transmission of the main differential that can be blocked from the driver’s place (lock switch located on the front panel), the machine can easily be adapted to any type of road. In addition, compact dimensions and small reversal radius make the car quite comfortable for riding in modern cities.

The first generation car (J100) was completed by the HC-EJ engine with a volume of 1.3 liters and a capacity of 92 hp In addition to the first generation machines that were produced in the 5-doorway in the body of the J100G, in 1998, the production of another version called Daihatsu Terios KID was launched, which has a shortened 5-door body and an engine volume of 0.66 liters, which sold only only. in the domestic market of Japan.

For the domestic market of Japan, this car was as well as released and under the name of Toyota Cami (only version with the right steering wheel). On the market of other Toyota Cami countries has not officially supplied. Produced models with a 5-speed mechanical gearbox or 4-speed automatic box.

In Indonesia, an elongated version of the model called Daihatsu Taruna was manufactured.

Since January 2006, the second generation of Daihatsu Terios (J200) is produced. In the domestic market of Japan, this car is sold under the names of Daihatsu Be-Go and Toyota Rush (right steering). For the markets of Europe and the Middle East, the machine is equipped with two volume engines 1.3 l 87 hp and 1.5 l 105 hp, with mechanical and automatic transmission. In Japan for the domestic market, a car version is produced only with an engine of 1.5 liters.

These cars are produced on two factories – in Japan and Malaysia, and in Malaysia, they collect exclusively elongated seven-time versions of a car called Daihatsu Terios Advantage (F700) with an engine of 1.5 liters sold in the domestic market of Malaysia and some other countries of the Middle East.

In 2017, the third generation of Daihatsu Terios (F800) model has debuted. The 5-door SUV is built on the DAIHATSU XENIA platform. The car has received a 5 or 7-seater salon, a rear drive and a large clearance. Toyota Rush version has higher levels of equipment. 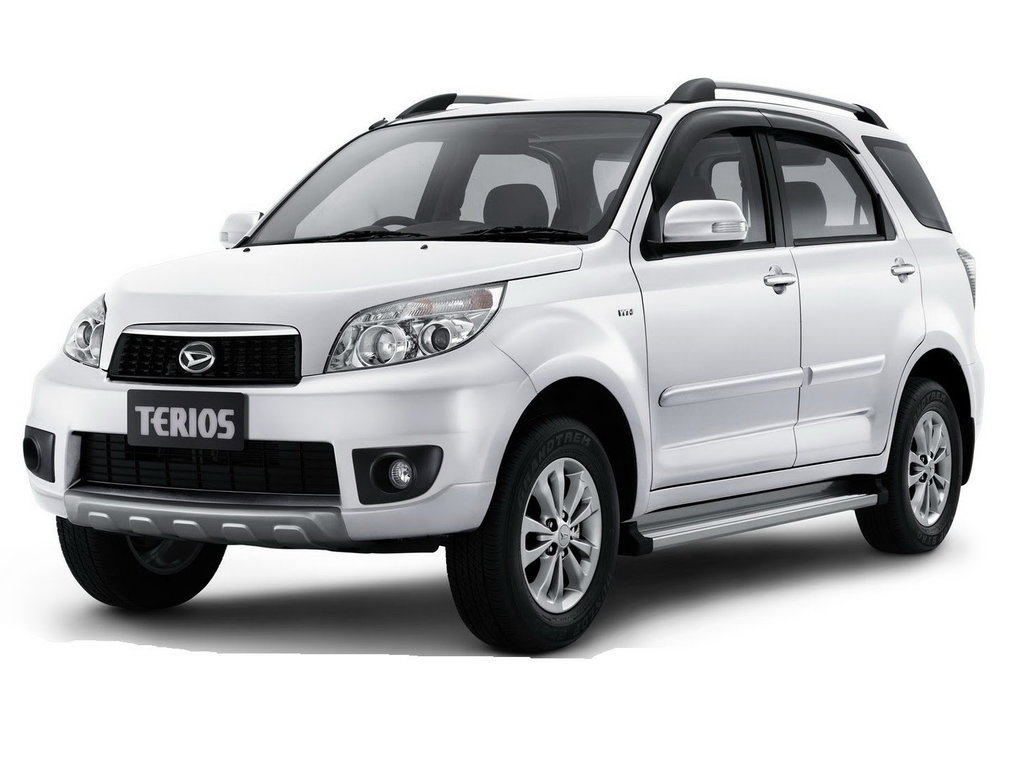