Manuals for operation, repair and maintenance of Toyota Rush cars from 2006, equipped with a 3SZ-VE engine (1.5L).

The Toyota Rush Owner’s and Maintenance Manual will tell you how to find a breakdown and what to do to fix it. As a result, you will quickly cope with the problems that have arisen and continue your trip. But the value of these manuals is not only in this. With their help, you will thoroughly find out Toyota Rush, where this or that mechanism, system is located, which will undoubtedly make it easier for you to operate the car. From these manuals, you will learn all the technical characteristics and capabilities of your Toyota Rush, how to properly care for it so that the SUV is always ready for long, pleasant trips.

Also useful are Toyota Rush repair manuals in the garage. From them you will learn the device of an indexed gasoline engine, like 3SZ-VE, with a capacity of 1.5 liters, with a productivity of 109HP. With their help, you can remove the engine, disassemble, repair, assemble and put in place. It also describes a four-speed automatic transmission and a five-speed manual transmission, chassis, immobilizer, intake / exhaust systems, power supply, braking system, clutches, steering, suspension, air conditioning. The safety system is thoroughly presented, including VSC-directional stabilization, DAC-assistance when descending and HSAC-when lifting, EBD-regulating braking forces, ABS-anti-lock braking, SRS-passive safety in conjunction with ELR-seat belts. In a separate section, the on-board diagnostics system is described in detail, where the functioning of the system is in detail outlined. For body repair, the geometric dimensions are described in the repair manual.

The Toyota Rush is a 5-door mini SUV that went on sale in the Japanese domestic market in January 2006. This is a joint project with subsidiary Daihatsu (Toyota owns 51% of the shares there). That is why this model entered the domestic Japanese market at the same time under two different brands – Toyota Rush and Daihatsu BeGo. These cars differ only in emblems (nameplates) and are sold in both Toyota showrooms and Daihatsu showrooms. In fact, this car replaced the second-generation Toyota RAV4, since in the same 2006 the third-generation Toyota RAV4 appeared, which became much larger than the second. And in fact, Toyota Rush (Daihatsu BeGo) has taken the Toyota RAV4 market niche. 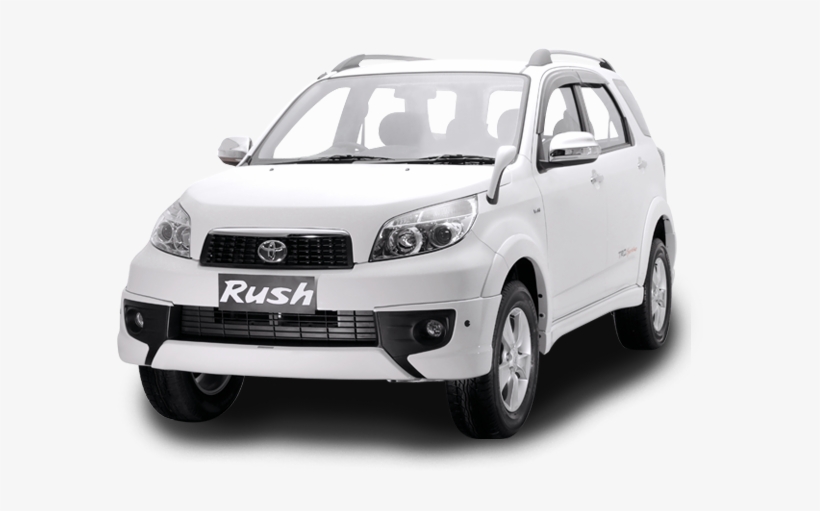