The Altis is a car of the Japanese brand Daihatsu.

The vehicle was created as a sister model of Toyota Camry and has been offered only on the Japanese home market since the market launch in the spring of 2000. The first and second generation Altis is a rarity and was only built on order. Only ten units were manufactured per month, which the Altis is an extreme example of Badge engineering.

The first generation of Altis came to the market in March 2000. The body was largely identical to the Toyota Camry.

The interior, on the other hand, was purposefully transformed to address bankers, corporate clients, state personalities and other high personalities. The Altis ranks one floor higher than his Toyota sister model. In consideration, Daihatsu decided to build Altis only after ordering and not to throw the market as a large series model. An original idea to offer Altis worldwide was discarded by Toyota Motor Corporation in the outset.

The second generation of Altis came to the market in September 2001. Again, you kept the idea of ​​let the Altis be shot above the Toyota Camry. With a newly designed interior, all sorts of extras were now installed and promised the customer even greater comfort.

The third generation of Altis came to the market in January 2006 and was built until 2010. Basic changes were made only in design as well as in the easy modification of the dimensions.

Together with some models from the Toyota Group, the Daihatsu Altis was subjected to a modification of its proportions. This ensured that Altis was longer, wider and heavier than the sister model. In this turn, the interior had to be adapted to this new circumstances and came again to enjoy a slight change in style. This even bore a selection of the decor. So the buyer was able to choose between gray beige, silver, red, brown, wood decor (only in the top version) and even silver failure for him to choose for him.

After a break of over two years, there has been a new Altis since 10 May 2012, which in turn is based on the Toyota Camry AVV50. Like the contemporary Japanese Camry model, Altis is only offered with a hybrid engine. This consists of the combination of a 2.5-liter four-cylinder and an AC-synchronous electric motor. The total output is given with 149 kW (203 hp). 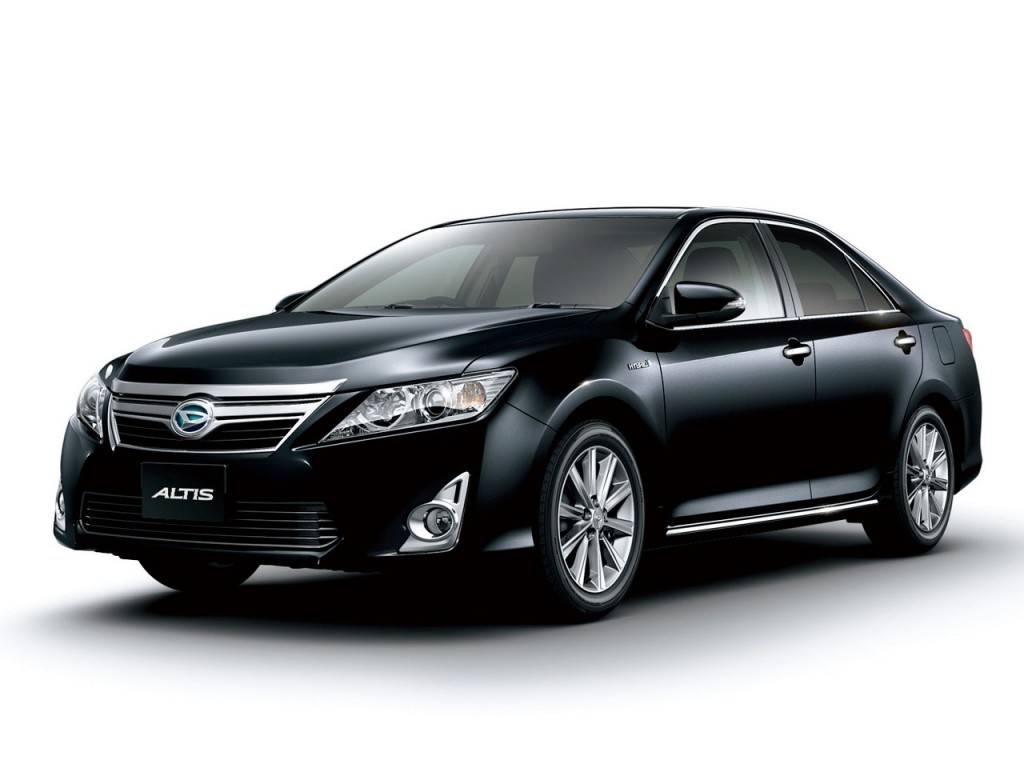