The mid-size Ford Sierra, which debuted in 1982, stood out as progressive for its time and aerodynamic design. A rear-wheel drive car was offered with a three-and five-door hatchback and wagon. Over the years, the Sierra was equipped with gasoline four-cylinder engines of 1.3–2.0 litres (60–125 hp) and a V-shaped 2.3 litres (114 hp.) Diesel engines had two: an atmospheric 2.3 ( 67 hp) and 1.8 turbo power of 75 forces. 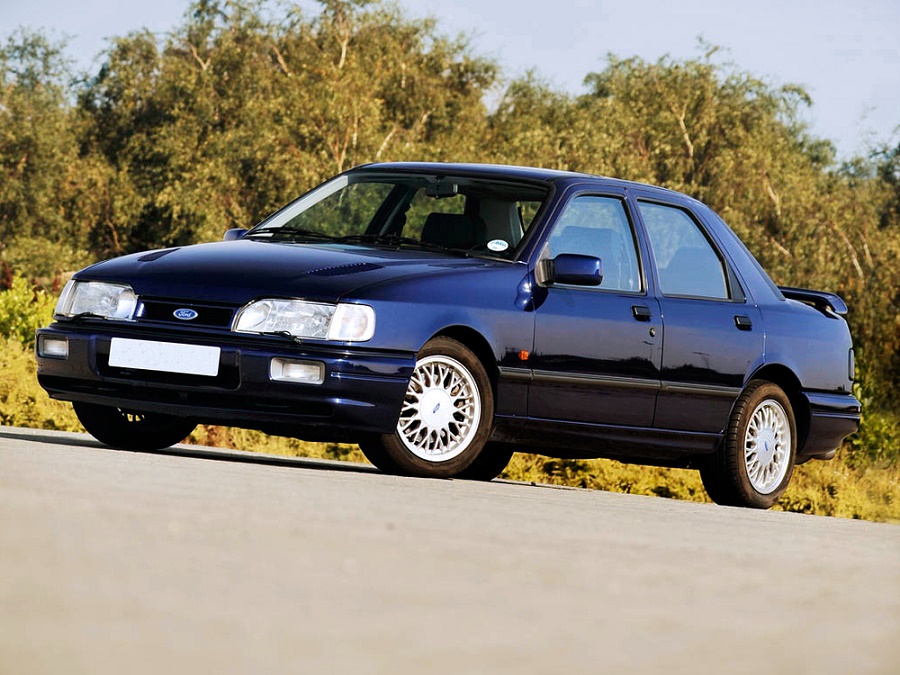 The 150-horsepower V6 2.8 engine was installed on the most powerful version of the Ford Sierra XR4i, and in 1985 the all-wheel-drive version of the XR4 × 4 appeared with the same power unit (later with a 2.9-litre capacity of 145 hp.) In 1986, the model range added an even more “hot” option with the RS Cosworth nameplate, equipped with a two-litre turbo engine, developing 204 litres. with.

Also with a circulation of 500 copies, the 225-litre version was released. with. In addition, the Sierra XR8 with an eight-cylinder engine was small-scale produced in South Africa, and in the American market, a powerful version was sold under a separate brand Merkur.

In 1987, the model was restyled, making the appearance of the car more restrained, then a sedan appeared in the model range. In 1993, the Sierra gave way to the Ford Mondeo. In total, more than 2.7 million cars were produced at factories in Germany, Belgium, Great Britain, South Africa, Venezuela, New Zealand and Argentina.