The service repair manual includes detailed information on the repair and operation of Ford Windstar models – 1995 thru 2003. The manual provides pictures and descriptions showing the function of the various parts and their location. The works are described and photographed in a phased sequence so that even a novice can perform them.

Ford Windstar is a Ford minivan manufactured in Canada since 1994 and replacing the Ford Aerostar.

The cabin has three rows of seats for six passengers and a driver. The configuration of the seats is changeable, and sliding doors are made on both sides. The second row of seats can be moved across the cabin, while opening, the passage to the third row on the right or left side. With the limited view in the car, along with the large dimensions of the car, Ford engineers compensated for a large glass area and a distance sensor with a sound signal.

Starting from the 2004 model year, Ford decided that all the names of passenger models should begin with the letter “F”, the updated Windstar minivan turned into a Freestar, slightly restyled and with improved handling, and Ford Freestar received more expensive materials in the cabin, airbags for all three rows of seats and a new suspension, which has become more rigid, which will prevent turning over. The design of the instrument panel has changed, and the ability to fold the seats to a flat state.

Ford Windstar was also equipped with a rear semi-independent suspension, with pneumatic elements of variable stiffness. Front disc brakes, rear drum, installed ABS. The Windstar comes standard with air conditioning, an electronic compass, an audio system, and for separate payment, the interior is trimmed with leather.

From the 2003 model year, all modifications of Windstar are completed with body-coloured bumpers, exterior mirrors of aerodynamic shape, and, on request, with the company’s anti-skid system AdvanceTrac, new built-in child seats (LATCH system).

On the front-wheel-drive Ford Freestar install 3.8 litres. Essex V-6 engine, 193 hp And there is a version of the power unit volume of 4.2 litres, with a capacity of 201 hp Also, engineers completely replaced the mounting and eliminated the vibration of the engine, to reduce its noise. At the Ford, Freestar put disc brakes with ABS, 4-speed automatic transmission. 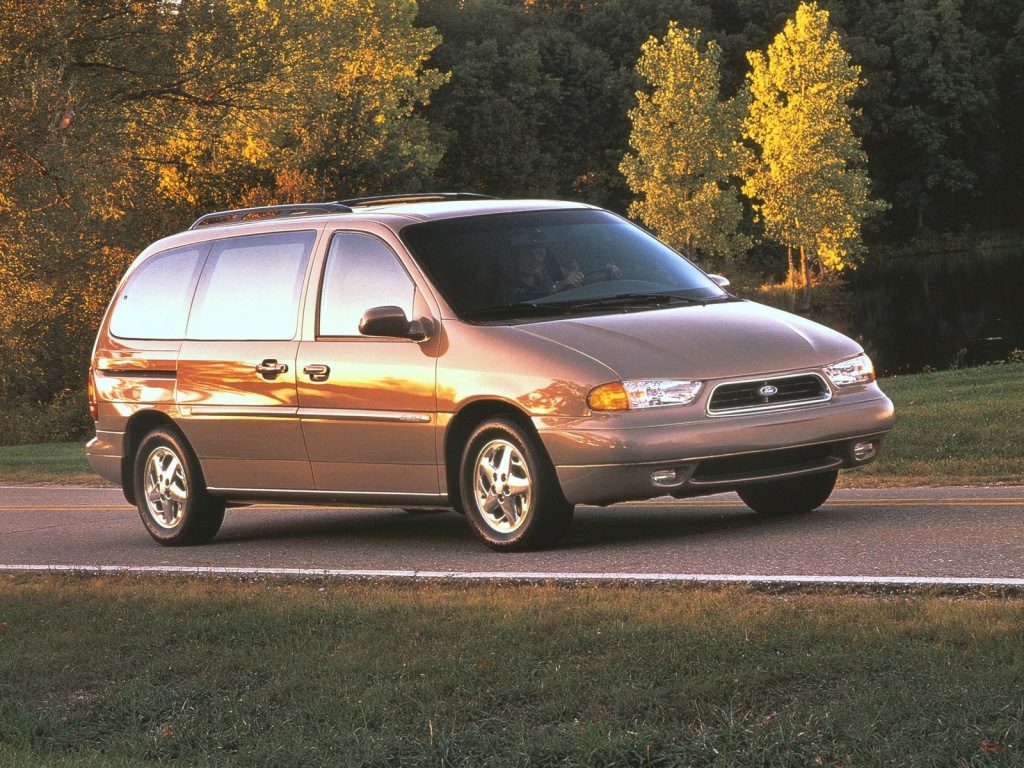