Initial version 11233 (1964/65-1973) was created on the basis of the Ford Falcon family sedan (creator Li Yacocca and his team). The first serial Mustang came down from the conveyor on March 9, 1964, as a 1965 model (the unofficial designation “model 1964 1/2” is used in the collection of collectors relative to the Mustang release until the fall of 1964). On April 17, the car was presented to the public in New York, and on April 19th it was shown on all three American television networks. The promotion of the car was accompanied by an active advertising campaign. It was one of the most successful prime masters in the history of automotive. 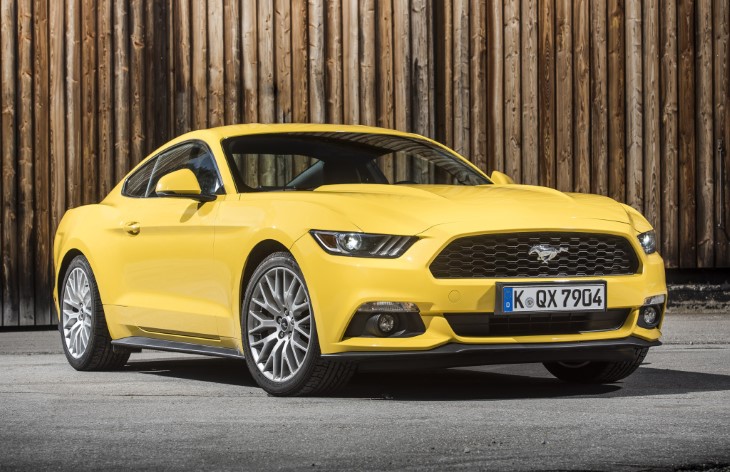 The sixth-generation Ford Mustang sports car debuted on the US market in September 2014, and in 2015, the car officially began to sell in Europe – for the first time in the history of the model. Ford Company has refused to sell the Mustangs in Russia.

Coupé and cabriolets are equipped with a turbo engine 2.3 EcoBoost (317 hp) or an atmospheric engine V8 5.0 with a capacity of 421 liters. with., and on Ford Mustang put also the engine V6 3.7, developing 300 forces. The cars are equipped with a six-speed “mechanic” or an automatic box with the same number of steps. In all versions – drive on the rear wheels.

In the American market, the Ford Mustang is offered at a price of 23.5 thousand dollars, in Western Europe the car costs from 35 thousand euros.