More than 15 owner manuals and operating instructions for Audi R8 in PDF are available for download.

Audi R8 (Typ 42) is a mid-engined all-wheel drive sports car of the supercar class, produced by the German car manufacturer Audi, first presented in 2006 at the Paris Motor Show. The design of the Audi R8 is based on the 2003 Audi LeMans quattro concept car, which was shown at the Geneva and Frankfurt Motor Shows that year.

The R8, like a number of other Audi car models, is manufactured exclusively at the quattro GmbH plant, a subsidiary of the German car company Audi AG, which in turn is part of the Volkswagen AG concern. The company is based in Neckarsulm, near Stuttgart. The production facilities are located on the site of NSU Motorenwerke AG, a world-renowned valveless rotor motor plant in the 1970s, which has long since ceased operations.

As standard, the Audi R8 is equipped with a 4.2-liter V8 engine that uses proprietary FSI technology and produces a maximum power of 420 hp. This allows the car to accelerate from 0 to 100 km / h in 4.6 seconds. The maximum speed of the supercar for safety purposes is limited by electronics at 301 km / h. Optionally, buyers of the Audi R8 can order a 5.2-liter V10 engine with 525 hp. Regardless of the engine, power will be transmitted via a 6-speed manual or a special Audi R Tronic gearbox using a transmission borrowed from the Lamborghini Gallardo. In addition, the R8 is equipped with all-wheel drive and an ultra-light body based on aluminum alloy.

The car was designed by Italian car designer Walter de Silva and his design team. Of the special details of the exterior, we can emphasize the “garland” of LEDs under the headlights, which are traditionally installed on almost all modern Audi cars.

The Audi R8 comes standard with 18-inch wheels with 235/40 tires on the front axle and 285/35 on the rear. For an additional fee, buyers can also order the installation of 19-inch wheels.

Audi R8 can accommodate up to two people, and a small luggage compartment in the front of the car has a volume of 105 liters. The interior of the supercar is decorated with decorative inserts made of carbon and aluminum. The car is also equipped with a Bang & Olufsen audio system with 12 speakers. Prices for the Audi R8 in the European market start at 104,400 euros.

The roadster based on the Audi R8 – Audi R8 Spyder, was first seen during the filming of “Iron Man”. After spy photos from the shooting appeared on the Internet in 2008, rumors spread that Audi was preparing for the premiere of the open version of the R8. And so it turned out – in 2009 at the Frankfurt Motor Show the car was presented to the general public. On the roadster, the carbon panel on the side of the car was removed, which has already become the “business card” of the R8, which differs in color from the rest of the car body. Initially, only a 5.2-liter V10 FSI engine was fitted to the car, but on July 1, Autocar magazine announced that Audi had added a 428-horsepower R8 engine (14 hp more than the coupe version with a similar powertrain). ) V8 with a volume of 4.2 liters, accelerates the car from 0 to 100 km / h in 4.8 seconds, developing a top speed of 299 km / h.

The new second-generation Audi R8 was unveiled on March 3, 2015 at the Geneva Motor Show.

Under the hood of the car is a 5.2-liter V10 engine with 532 hp. and 539 Nm of torque. The same engine will receive a modification of the car called Audi R8 Plus, but its power will be increased to 601 hp. The engine will work together with a 7-speed dual-clutch transmission. Up to the first “hundred” Audi R8 Plus will be able to accelerate in 3.2 seconds. The maximum speed of the car will be 330 km / h. The base engine of the 4.2-liter V8 will not be installed.

The electric version will be powered by two electric motors, the total power of which will be 380 hp, each of which produces 410 Nm of torque. The range will be 400 kilometers. It will accelerate to the first “hundred” in 4.2 seconds. The maximum speed of the electric sports car will be 200 km / h.

The length of the new Audi R8 is 4444 mm. The wheelbase remained the same – 2650 mm. The weight of the sports car is 1454 kg, so the car became 66 kg lighter than its predecessor. The basic version of the car will receive LED running lights, each of which will consist of 37 LEDs. Laser optics can be installed for an additional fee. In addition, the car will be equipped with a new radiator grille, enlarged air intakes and 19-inch wheels.

The competition for the new Audi R8 Plus will be – Lamborghini Huracán, Ferrari 488 GTB, McLaren 650S, Porsche 911 Turbo S. 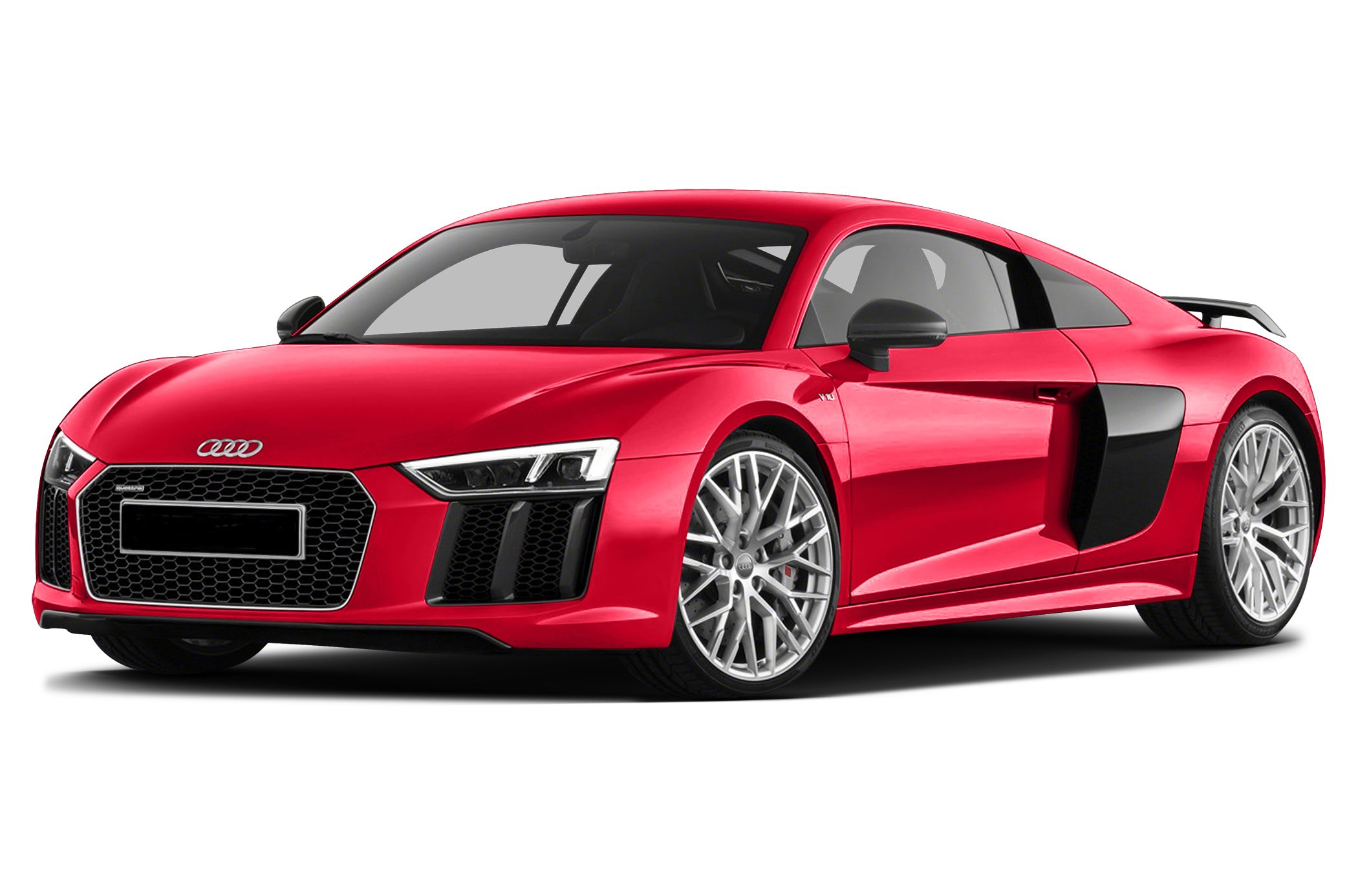