Citroën GS (1970-1980, sedan and station wagon) and Citroën GSA (1979-1986, liftback and station wagon) – a small car produced by the French company Citroen in 1970-1986. In 1971 he became European Car of the Year, beating the Citroën SM. At the time of the start of its production, it was the most technologically advanced car in its class.

GS bridged the huge gap in Citroën cars, between the fuel-efficient Citroen 2CV and the Ami, and the DS luxury executive sedan, which was taller than its predecessor, the Citroën Traction Avant. Leaving this gap in the market open for fifteen years, other manufacturers have filled it with a large market segment in France. Development costs, the 1973 oil crisis, a flawed rotary engine, all drove Citroën into bankruptcy in 1974.

Unlike the 2CV, DS and SM, the GS was never officially imported into the United States.

It took 14 years between the beginning of the GS design and the launch into production.

In 1956, Citroën developed a prototype stroller that could fill the gap between the DS and the 2CV, known as the C10. Further developments continued with ideas regarding the use of rotary engines and hydropneumatic suspension. Another iteration is the C60, which resembles the Ami 6 with a long, sleek front.

In 1963 “Project F” appeared, which was quite close to production. Citroën decided the car was too similar to the 1965 Renault 16 and the Project F was put on hold in 1967. Many of Project G’s technical solutions have moved to GS. The GS was designed by Robert Opron. 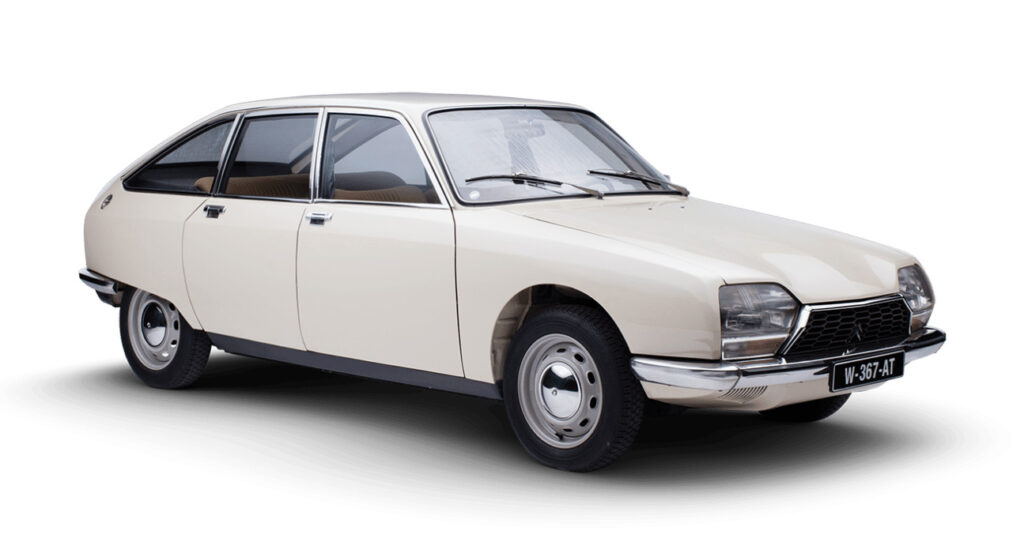