The Cadillac Catera was an upper mid-size vehicle offered as an entry-level model by Cadillac. This is a model based on the Opel Omega B that was created using badge engineering and has higher-quality equipment as standard.

As early as the 1980s, Cadillac included the Cimarron, an Opel derivative, as an entry-level model in its portfolio.

In the 1990s, a new approach was started to expand the model range downwards with a mid-size vehicle. Since the European brands Mercedes-Benz and BMW were very strong in this segment, the decision was made to go with the Opel Omega. This was manufactured for Cadillac in a modified version in Rüsselsheim, which differs from the German counterpart in particular in that it has more standard equipment.

The first formal presentation of a concept vehicle for the Catera took place at the 1994 Detroit Auto Show under the designation Cadillac LSE. Since the rear was redesigned due to the reactions of the trade fair audience, the production vehicle was renamed Catera.

The Catera was produced in Rüsselsheim together with the Omega and exported to the USA as a complete vehicle. However, it was not introduced until autumn 1996, more than two years after the start of production of the Omega B.

It was only available with the three-liter V6 petrol engine. Maximum power was specified as 149 kW (200 hp) in America, while the European variant had a maximum power of 155 kW (211 hp).

Around the same time, in the summer of 1999, the Catera, like the Omega B, was slightly revised.

The Catera was well received by American car testers, but with around 95,000 units produced, it was not a sales success. Although well-appointed, Cadillac buyers expected a roomier car, but the Catera had failed to convince Mercedes and BMW drivers to any great extent. Even before the end of production of the Omega in mid-2003, the Catera was taken off the market in autumn 2001 and replaced by the in-house development, the Cadillac CTS. 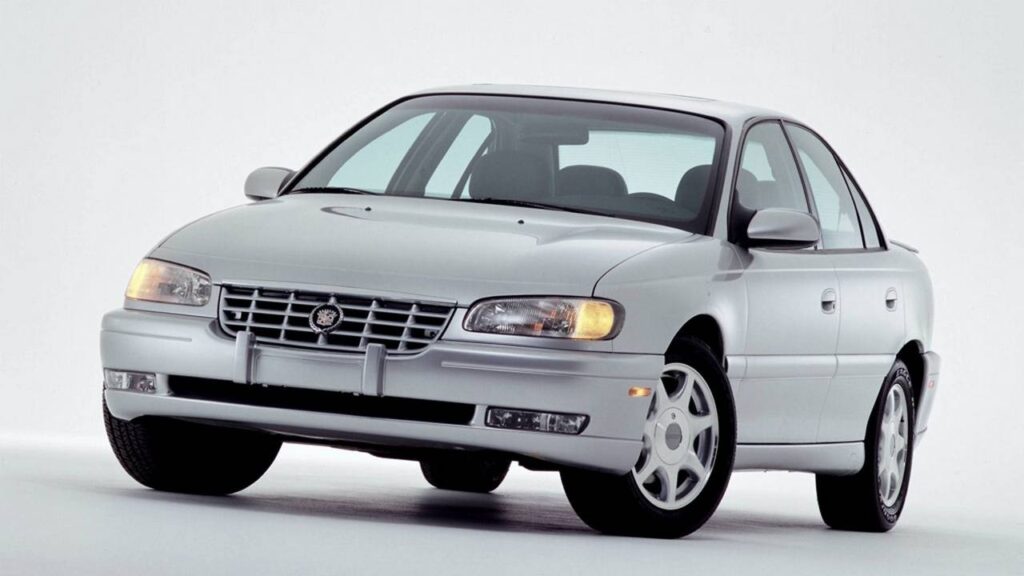