Mazda MX-5 / Miata – Roadster, which appeared in 1989, produced by Mazda. The development was carried out in conjunction with the engineers of Lotus Cars, as a result the car inherited the main features of classic British sports cars (light weight, engine inside the wheelbase, rear-wheel drive, simplicity of design).

The body of the NA was all-metal steel, aluminum hood. He weighed 980 kg. The drag coefficient was specified as 0.38. The suspension was independent, with levers on all four wheels, with a stabilizer bar in front and rear.

MX-5 was delivered with a 1.6 liter engine, 116 hp, the power supply system – distributed injection. This engine, codenamed B6ZE (RS), was specifically designed for the MX-5. He had a lightweight crankshaft, flywheel and aluminum crankcase with cooling fins. Production of the first generation ended in 1997. 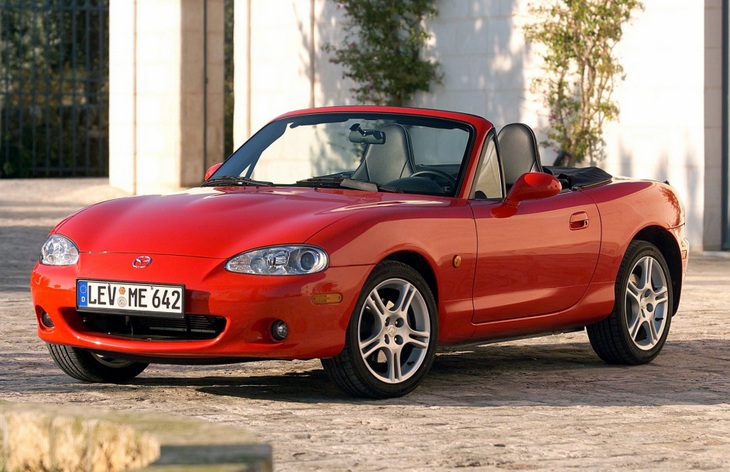 The NB continued to use an independent suspension for all four wheels, with larger diameter lateral stabilizers in front and behind, but the wheels, tires and brakes were significantly upgraded: an anti-lock braking system was offered as an option; alloy wheels are currently 14 inches (360 mm) or 15 (380 mm) in diameter and 6 inches (150 mm) in width, depending on the package finish; sports models were equipped with wheels and larger tires – 195 / 50VR15. Sales of the second generation ceased in 2005.