Mazda Motor Corporation is a Japanese automotive company that manufactures Mazda cars. Headquarters – in Hiroshima. Included in Sumitomo keiretsu. In 2015, became the fifteenth automaker in the world in terms of car production. 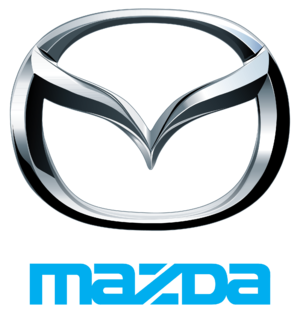 In 1920, together with a group of investors, the bankrupt construction company Abemaki acquired the son of a simple fisherman, Jujiro Matsuda. The main products of the company were corkwood, the company was named Toyo Cork Kogyo Ltd., and in 1921 Matsuda became its president. In the 1920s, the company released several test batches of motorcycles that were not very popular on the market [source not specified 615 days], and the main products were engineering equipment.

In 1930, one of the motorcycles from Toyo Kogyo won the race, which raised interest in the manufacturer’s vehicles. In the 1930s, the company began producing tricycles, largely copying foreign samples. In 1931, the company name was changed to “Mazda” – the name of the supreme Zoroastrian god Ahura Mazda, consonant with the name of the founder of the concern. In 1932, the export of a commercial tricycle to China began. Similar machines during the Second World War were supplied to the Japanese army.

In 1948, the Mazda factory restored after the American bombardment returned to the production of three-wheeled trucks, a year later the son of the founder Tenuji Matsuda became chairman of the board of directors of the concern.

In 1967, the Mazda Savanna RX-7 sports coupe made its debut, at that time 25% of the shares of the Japanese automaker were acquired by the Ford Motor concern (in fact, 25% of the shares were bought by Ford only in 1979). The first large-scale joint project of concerns was the family of the Mazda Bongo 1983 model year. In 1984, the official name of the group was changed to Mazda Motor Corporation. In 1989, the first generation of the worldwide Mazda MX-5 roadster was introduced, and in 1991, the only time in the history of the “24 Hours of Le Mans” was won by a rotary-piston engine car, the Mazda 787B. In 1995, debuted the first generation of Mazda Demio hatchback, at the same time Ford increased its share of the Japanese concern to 33.4 percents.

According to data for 2007, the concern’s assembly plants operated in 21 countries, and cars were exported to more than 120 countries.