The Chang’an Eado has been a sedan produced by the Chinese car manufacturer Chang’an since 2012. It is currently in its second generation. EADO means Extraordinary Action Dramatic Output (extraordinary action dramatic outing).

The first generation of Chang’an EADO draws its origins from the C201 concept presented at the Beijing 2010 automotive fair. The final version was presented at the Frankfurt Motor Show the following year before entering production in 2012. The first car is delivered March 27, 2012.

The car is driven by an online 4 -cylinder engine 1.6 liters with a power of 113 hp. Two gearboxes are available: a 5 -speed manual and an automatic 4 -speed.

A bicorps version is presented at the Shanghai 2013 automotive fair called XT. It was officially launched on August 28, 2013. A turbo version is also produced, under the name of EADO XT RS.

The EADO Blue is the hybrid version of the EADO, driven by an online 4 -cylinder engine of 1.5 liters of 112 hp.

The EV is the electric version of the EADO. It is equipped with a 26 kWh lithium-ion battery and a 120 hp electric motor. Transmission is a variator. Its autonomy is 160 kilometers for a maximum speed of 140 km/h.

The second generation of the EADO is launched in 2018. It takes up the previous variations, namely the XT, the XT RS (recognizable by its two -color red and black painting) and the EV.
It has many equipment such as keyless start, on -board computer, LED headlights, an intelligent parking system, a hill start assistant, six inflatable safety cushions or an ESP, which allows it to get 5 Crash-test stars C-NCAP. 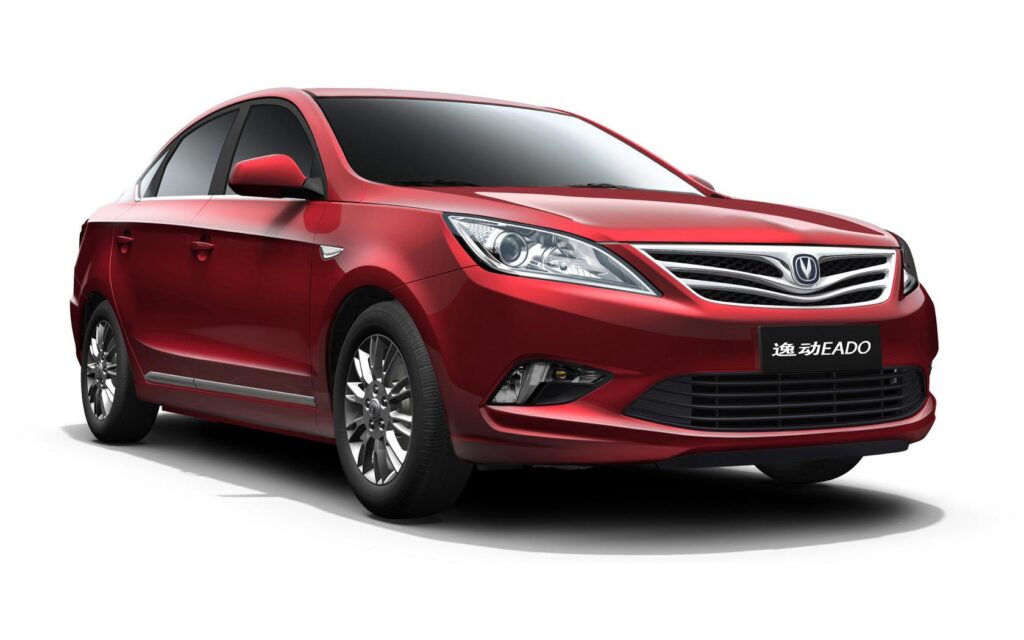