Acura ZDX crossover, aimed at the American market, began to be produced at a plant in Canada in 2009. The car was created on the platform of Acura MDX / Honda Pilot models, and its appearance was invented in the company’s Californian design studio. The silhouette of a hatchback gave the “Acure ZDX” an original look, but because of this, the rear seats turned out to be cramped and the trunk volume was quite small for such a rather large car (body length 4.89 meters).

Installed on the car aluminium motor V6 of 3.7 litres and a capacity of 300 litres. with., paired with a six-speed automatic transmission. The Acura ZDX had an all-wheel-drive SH-AWD transmission with an active rear differential that allows you to transmit torque to each of the rear wheels independently of each other by the driving conditions.

The price of the Acura ZDX crossover on the American market started at 46 thousand dollars. The company planned to sell annually only five thousand of these machines, and even this modest plan was not destined to come true: in the best for the 2010 model, only 3.3 thousand copies were sold. Due to the actual lack of demand in 2013, the production of the machine was discontinued. 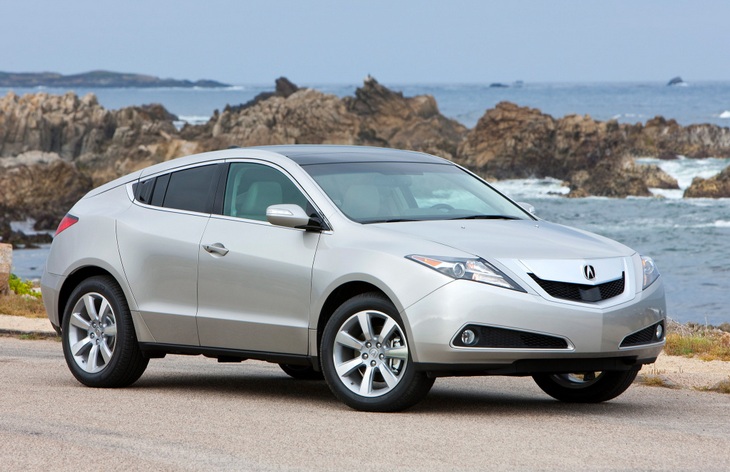