The manuals contain detailed information on the repair and adjustment of elements of the gasoline engine control system, variable valve timing system (VVT-i), instructions for using the automatic transmission and ABS self-diagnosis system and recommendations for adjusting and repairing automatic transmissions, brake system elements (including ABS), steering and suspension.

The workshop repair and owner’s manuals are intended for owners of Toyota Vitz and Toyota Platz, service station personnel and repair shops.

The third generation Toyota Vitz hatchback has been produced since 2010 in Japan.

The first-generation Toyota Vitz hatchback was offered in the Japanese market from 1999 to 2005 in three- and five-door versions. In other Asian markets and Canada, this model was called the Echo, its sedan version in Japan was known as the Platz, and in the United States, the Echo. The hatchback was equipped with gasoline engines 1.0, 1.3 and 1.5 with a capacity of 70, 88 and 110 liters. with. respectively. Transmission options – manual and automatic transmission or variator. Toyota Yaris 1.3 also had an all-wheel drive modification.

The second generation car was produced from 2005 to 2010. The Yaris had noticeably changed design and interior, instead of a four-cylinder 1.0 engine, the car was equipped with a three-cylinder engine of the same volume, developing 71 liters. with. Engines 1.3 and 1.5 remained the same, the all-wheel drive 1.3-liter version was also preserved in the lineup. The sedan based on the Vitz model was called the Belta. 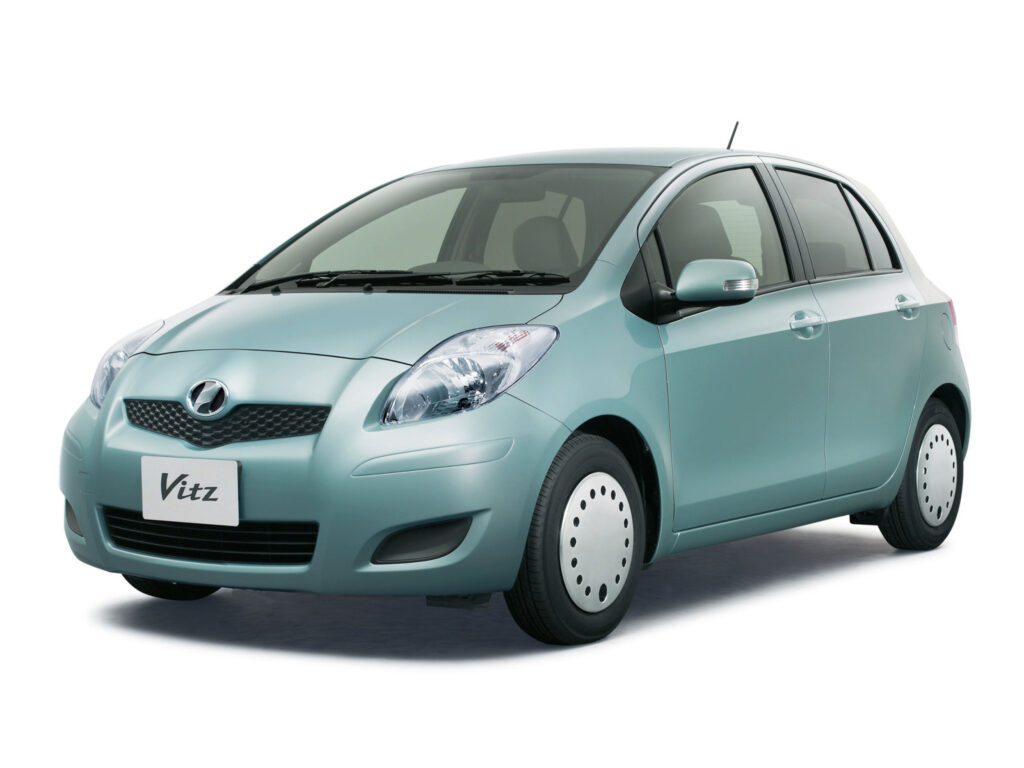