Toyota Tercel 2WD and 4WD repair manuals became pleasant surprises for many masters and drivers, a source of vital knowledge not only on repair, but also on operation, maintenance, and diagnostics of cars of these models. In the manuals, attention is paid to cars equipped with diesel 1N-T (1.5 liters) and gasoline engines 4E-FE (1.3 liters), 5E-FE, 5E-FHE (1.5 liters).

These repair manuals for Toyota Tercel / Toyota Soluna / Toyota Corsa turned out to be extremely informative, clear and visual. The content itself is available for quick information retrieval since it is logically divided into sections, chapters and small paragraphs. Not a single page, not a single topic is complete without accurate diagrams and illustrations, so the manual is easy to use in practice in a garage or at a car workshop.

Toyota Tercel service manuals provide advice to masters and drivers, give wiring diagrams, describe precautions in the process of driving and repairing a car. Particularly detailed is an overview of the Toyota Tercel design, which includes all information about the components of the machine, as well as a detailed instruction manual for Toyota Tercel 2WD and 4WD.

Toyota Tercel is a car produced by the Japanese company Toyota in 1978-2000. The model has five generations and five body styles between Corolla and Starlet sizes. Along with Toyota Cynos and Starlet, it is a variant of the platform manufactured at the Takaoka plant in Toyota (Japan). The Tercel was marketed as a Corolla II in Japanese Toyota Corolla showrooms but was replaced by the Toyota Platz in 2000. It was also known as the Toyota Corsa and was sold in Japanese Toyopet showrooms. Starting with the second generation, Tercel’s dealer network was changed to Toyota Vista.

The Tercel was the first front-wheel drive vehicle manufactured by Toyota, with a developed layout and frame used in popular Toyota models. For example, the Toyota Corolla E80 frame is similar to the AL20 Tercel frame. In addition, Toyota has developed a new E-Series engine specifically for Tercel in an attempt to combine good performance, fuel economy and low exhaust emissions. The types of bodies produced were replenished with a four-door sedan. The assembly of the Tercel range was carried out at the Takaoka factories in the city of Toyota (Aichi) and Hino Motors – Hamura (Tokyo). The latter produced some third-generation two-door and three-door models between 1987 and 1990. 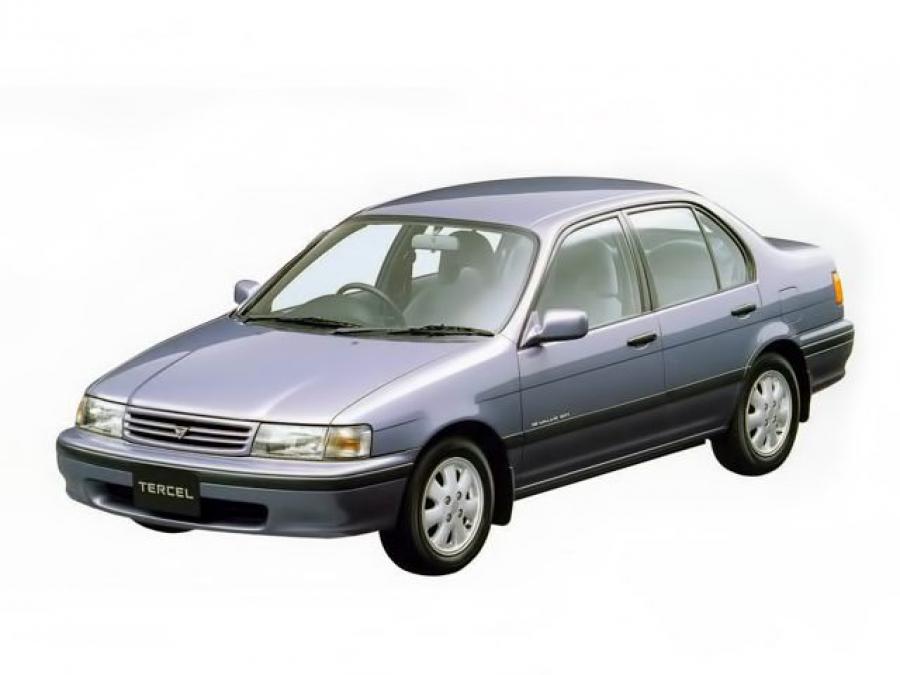