The manuals provide detailed information on the maintenance and operation of the Toyota Soarer. How to prepare it for the first trip and how to run it in. After all, only correct operation will help you enjoy the safe driving of your swallow for a long time.

The recommended manual colorfully presents the design of the Toyota Soarer, in particular, a four-speed automatic transmission and a five-speed manual transmission, an automatic transmission, an adjustable steering wheel with a hydraulic booster, ignition, various gauges and meters, a parking brake and disc brakes with forced ventilation, a GPS navigator. It describes in detail the interior accessories, dashboard, tells how to use them. Attention is also paid to the description of seat belts, actions with windows and doors. Describes how to use special equipment.

The Service Manual will help ensure proper maintenance of your Toyota Soarer. It will provide you with detailed information on all maintenance procedures. He will tell you how often you need to perform it. Describes the technique and methods of all operations, indicating the volume and timing of their implementation. Therefore, by contacting the service center, you can competently discuss the upcoming maintenance procedures with the service workers. And they will have no opportunity to deceive you by offering unnecessary expensive procedures. After all, you know what your pet needs and how much. Therefore, you will save a decent amount on maintenance of your Toyota Soarer without sacrificing quality.

The Owner’s Manual will interest Toyota Soarer owners by providing them with useful exclusive information. For those interested in technology, it will also be a pleasure to read. Representatives of service organizations specializing in the maintenance of Toyota Soarer, it will acquaint in detail with the design, technical qualities and features of the device of this car model.

Toyota Soarer is a GT (Gran Turismo) coupe-type car produced by Toyota in Japan from 1981 to 2005.

The car was first shown as a prototype EX-8 at the Osaka Auto Show, Japan. In 1981, the Z1 generation went into production, which replaced the Toyota Mark II Coupe, and was an angular two-door coupe.

The more rounded Toyota Soarer (Z2 generation) was released in 1986. In 1991, the third generation (30 series) Toyota Soarer was released in Japan. Based on the 30 series, the Lexus SC was created – a luxury coupe produced by Toyota’s division for the production of more expensive cars for export outside Japan – Lexus, formed in 1990. Although both the Lexus SC and Soarer shared a common look and some common components, the 30 Series was produced with a different drivetrain and engines and included several unique models. 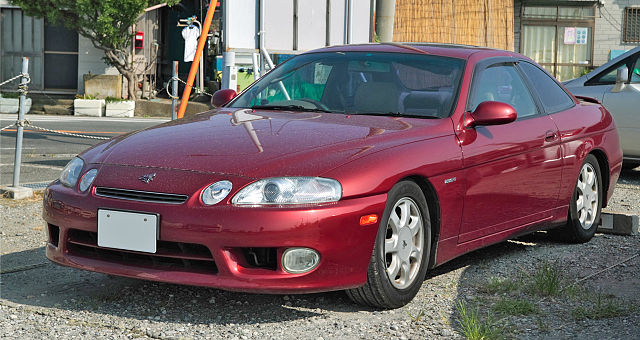