Toyota Cynos / Paseo – a compact car in a sporty style, produced from 1991 to 1999 by Toyota. The car was based on the Tercel and was available in a coupe body, and in later convertible models. In 1997, Toyota stopped selling the car in the United States, but it continued to be sold in Canada, Europe and Japan until 1999. Cynos, like Tercel, has a common platform with Starlet. Some parts are interchangeable between the three cars.

The car was available with either a five-speed manual transmission or a four-speed automatic.

Production of the second generation Cynos began in Japan in 1995. In addition to some modernization in the electronic system, the only noticeable change was the sheet metal body. The model in a cabriolet body was shown in October 1995 at the Tokyo Motor Show and went on sale in August 1996.

After reducing emissions, the engine power in the second generation decreased to 93 hp. (69 kW), torque was 136 Nm. These cars were fitted with a 4E-FE / FHE four-cylinder engine, and a 4E-FE engine was also available for Japan. The model was sold in the UK from 1996 to 1998, but left this market due to low sales. In the European market, the model was called Toyota Paseo. 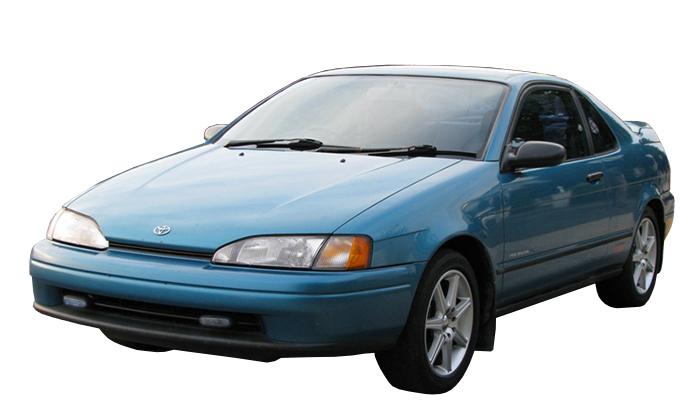