Toyota Kluger repair manuals will become a personal assistant for every motorist who takes care of his vehicle and wants it to never let it down, even in difficult situations. An employee of a car repair shop will certainly learn from this manual for himself a lot of theoretical and applied information necessary for a competent and prompt solution of repair problems of any complexity. The manuals also pay due attention to the issues of competent operation and maintenance of these machines, produced in the period from 2000 to 2019 and having 2AZ-FE (2.4 liters) and 1MZ-FE (3.0 liters) gasoline engines.

The presented manuals include the most relevant information for motorists and craftsmen that may be needed at any time, which is why it is so important to have such manuals at hand. Anyone can master this manual, regardless of the level of training. In addition, the Toyota Kluger repair manual is richly illustrated with excellent drawings that clearly explain any position of the manual, be it a device, service or car repair. At the beginning of the handbook, there are general information that you need to know when starting a thorough acquaintance with the Toyota Kluger. These are, first of all, general instructions for repair, the main parameters of the car and its structure. The manual shows all units, assemblies and systems of the machine, as well as an overview of their technical characteristics, working functionality, methods of controlling them. So any button on the dashboard will cease to be a mystery for the driver. A complete picture of the car is provided by the Toyota Kluger operating manual, from which the user will learn about all the nuances of error-free and efficient control of the car. In the section dedicated to the topic of maintenance, there is an overview of the necessary inspections and checks (from replacing the automatic transmission filter to checking the ignition keys and others), their schedule.

After a generational change in 2007, the Kluger name was used only in the Australian and New Zealand markets, in other countries the model was still known as the Highlander. In 2010, the model was restyled.

The second generation Toyota Kluger was equipped with a V6 3.5 gasoline engine and was offered with both front and all-wheel drive. The cabin could have five or seven seats.

The large seven-seater Toyota Kluger crossover is sold only in the Australian market, in other markets the car is known as the Highlander. The third generation of the model has been produced since 2013.

Toyota Kluger is equipped with a V6 3.5 petrol engine with a capacity of 273 hp and a six-speed automatic transmission. The drive can be front or full. 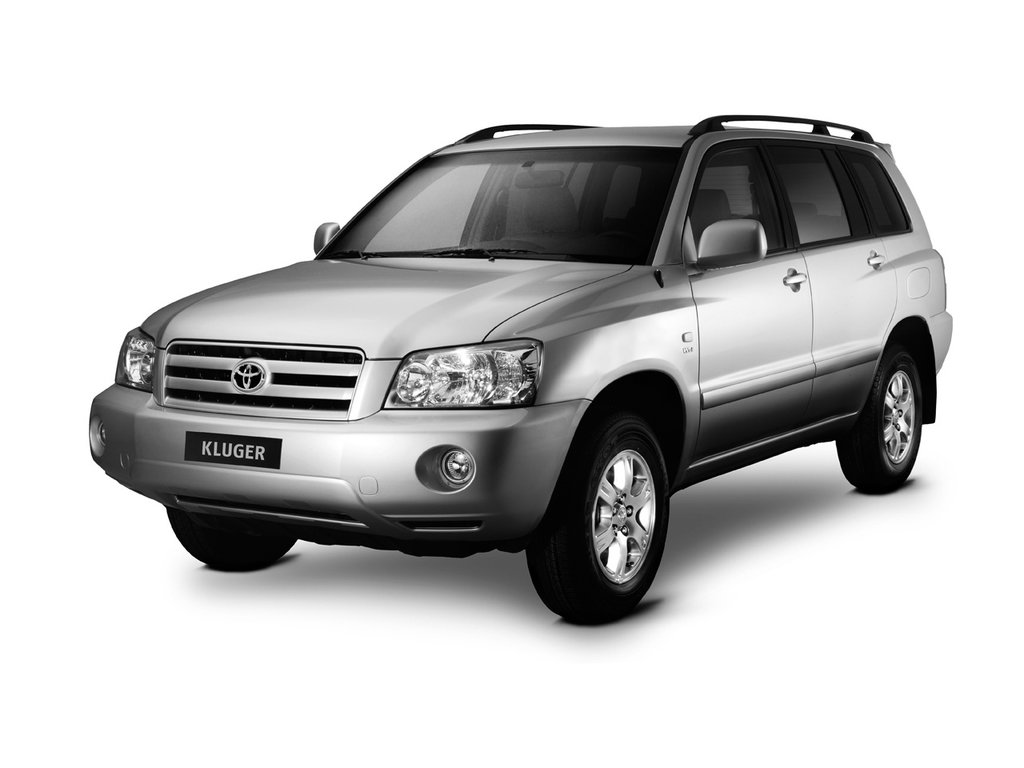