This Japanese crossover has been known and popular since the fall of 2011, and in 2015 the company made several improvements to one of its favourite models. As a result, we have the Subaru XV – a car with an impeccable combination of style and convenience during the trip. This beautiful and reliable crossover is virtually unrivalled in its segment, and it regularly scores top marks in safety tests. This means that your car will not let you down even in an emergency on the road.

Subaru XV is quite economical and easy to drive, but, of course, it also requires a certain amount of attention and correct actions from its owner in the process of maintenance or repair. The new Subaru XV repair manuals include a maximum of information on these models with gasoline or diesel engines, including those that have been released since 2015 after restyling.

These service manuals for Subaru XV have incorporated the most important topics, while the main text is always accompanied by illustrations, be it drawings, pictures or photographs so that it becomes much easier to follow the recommendations.

In addition to general information regarding the Subaru XV and practical tips for drivers to quickly eliminate possible minor problems, safety rules are also explained here, in addition, detailed and clear operating instructions for the Subaru XV are given – this will greatly support the driver in any difficult situation with the car.

Maintenance Subaru XV is scheduled in detail and accurately, taking into account both minor periodic checks and the most important inspections, replacements and other procedures. Carrying out maintenance according to the regulations and in full, the car owner will not allow unforeseen breakdowns and will enjoy the flawless operation of his four-wheeled partner.

So that the repair of the electronic component of the car does not cause problems, all Subaru XV wiring diagrams are offered.

On the pages of Subaru XV repair manuals, the most accurate and effective ways of solving a variety of repair tasks are given, some of which are quite capable of solving even for a novice driver. Illustrations and examples of sequential repair of the brake system, steering, engine, gearbox, and other crossover components are given.

According to the developers, the Subaru XV was to be a combination of functionality, style and comfort while driving. The Subaru XV is Subaru’s answer to successful compact SUVs such as the Mitsubishi ASX, Nissan Qashqai and Volkswagen Tiguan. The car is based on the fourth-generation Subaru Impreza hatchback.

The model has a high level of safety and received a maximum rating of “5 stars” in the European New Car Assessment Program (Euro NCAP) tests in 2011.

The 87th Subaru XV (GT index) was presented at the 87th Geneva Motor Show in March 2017. The car is built on the new Subaru Global Platform, like the fifth-generation Subaru Impreza. XV added 15 mm (4465 mm) in length, 20 mm (1800 mm) in width, and the allowance between the axes was 40 mm (2665 mm). The height remained at the level of 1615 mm. The suspension scheme is the same – McPherson struts at the front and multi-link at the rear. 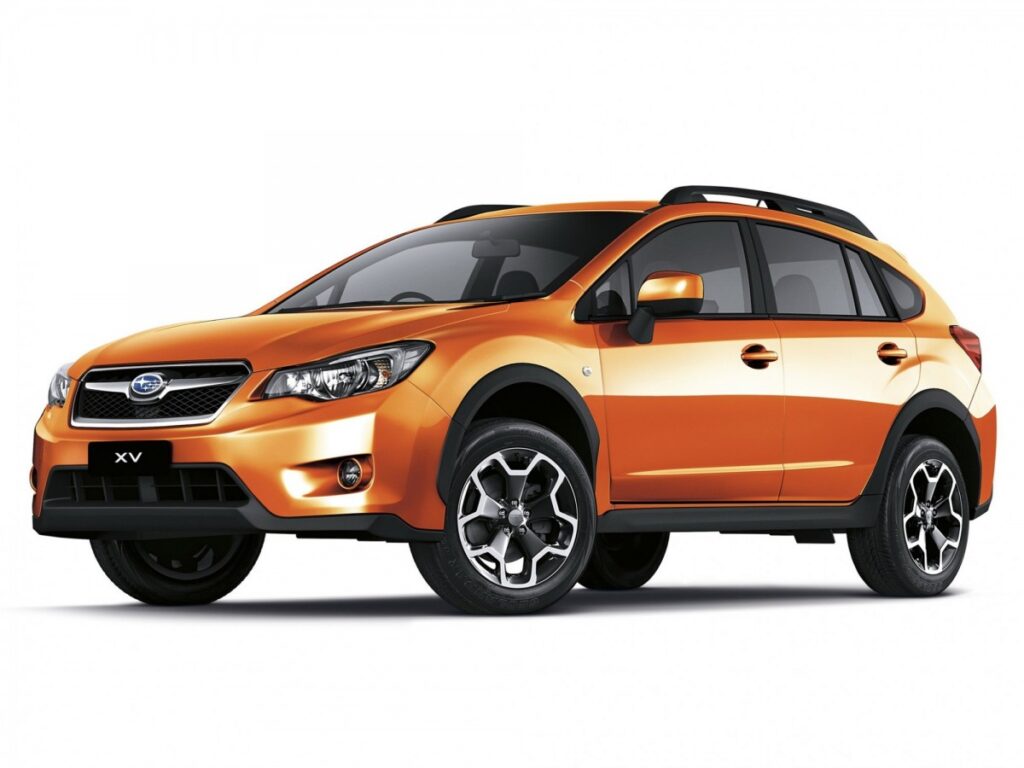