The Subaru Baja was a four-door pickup based on passenger cars offered by the Japanese automobile manufacturer Subaru from early 2002 to mid-2006 in the USA.

The Baja made use of the Legacy and Outback models. Like this one, it was manufactured for the US market at Subaru’s Lafayette plant in Indiana, which is why the manufacturer’s name contains SIA (Subaru of Indiana Automotive).

The production model was preceded by a study called the STX in 2000. Although it did not reinvent the car-based pickup concept, it revived it after the similarly designed Ford Ranchero, Chevrolet El Camino and Subaru’s own BRAT had ceased to exist for over ten years.

The Baja was 15 centimetres longer than the Outback and offered a four-door passenger cabin, behind which there was a 1040 mm long open loading area with a rear loading flap. The rear seat bench could be folded down as well as a small flap behind it in the rear wall, resulting in a 1900 mm long loading area.

With this versatile concept, the Baja competed against much larger and more fuel-intensive US models such as the Chevrolet Avalanche and the Ford Sport-Trac. With the Baja, Subaru turned to a young, sporty clientele who recognized the advantages of the relatively small dimensions and the all-wheel-drive typical of Subaru. Accessories such as the bike racks underlined Baja’s marketing goal.

The Baja received a mild reception. Subaru friends complained about the lack of advertising for the model, the delayed introduction of a turbo version, the initially high price, the unsightly plastic protective shields on the flanks and the unusual yellow-silver colour scheme of the first models.

At the beginning of 2003, Subaru Germany imported 153 Baja Sport and offered them for sale after minor modifications to the lighting system for the German market.

In four and a half years, Subaru’s Baja sold only 30,000 units worldwide.

In May 2006, the production of the Baja was finished without much ado. 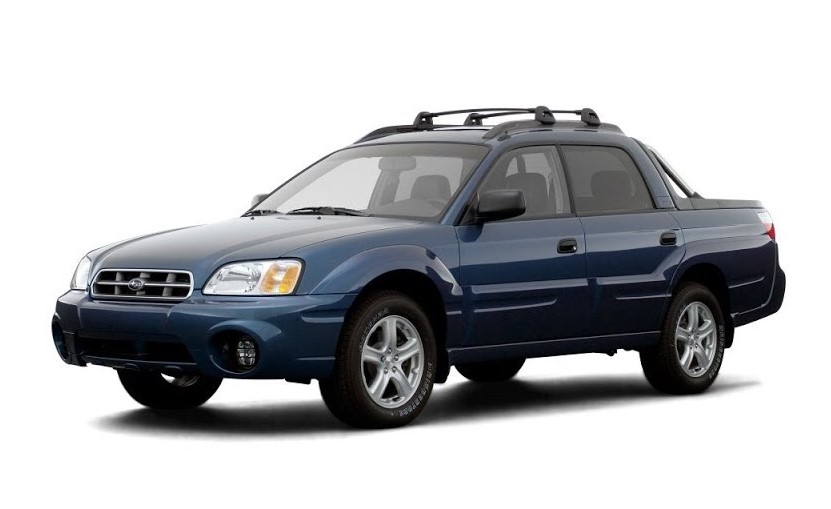