The Mercury Mountaineer is a mid-size sport utility vehicle produced from 1996 to 2010. It was produced by the US automobile manufacturer Mercury, which belonged to the Ford group. Therefore, in technical terms, the Mountaineer is largely identical to the Ford Explorer. The two models differ slightly in terms of body design, standard equipment and pricing.

Barely two years after the release of the second-generation Explorer, Mercury launched the Mountaineer, which was derived from the Explorer but was better equipped and came standard with a 157 kW (213 hp) 4.9-liter V8. Since sales fell short of expectations in the first year of production, the Mercury was modified on the grille, headlights and rear, and also received rims with a unique design to differentiate it more from the Explorer. The Mountaineer also received a new OHC four-liter V6 with 153 kW (208 hp) and a five-speed manual transmission as standard. These modifications increased the sales of the model, but without being able to reach the sales figures of the sister model.

In autumn 2001 Ford presented a completely new generation of the Mountaineer and Explorer models. In addition, new extras such as wood decor or a DVD player in the rear were introduced.

Sales increased significantly with the new generation of the Mountaineer. With this model series, Mercury also implemented its new marketing strategy of equipping its own models more luxuriously than Ford vehicles. At the same time, new stylistic elements were introduced with the Mountaineer, such as the “waterfall” grille with its vertical struts and the rear lights divided by chrome strips, which also characterize later Mercury models. 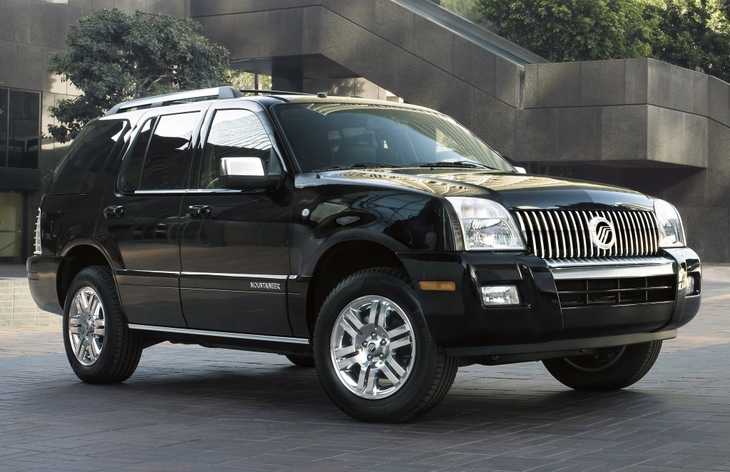