The Mercedes-Benz W123 Series Sedan was introduced by a German company in January 1976 as a replacement for the W114 / W115 model. This model can be considered the predecessor of the current “E-class“.

Soon the two-door coupe with a shortened wheelbase made its debut, then a low-volume, extended sedan designed for seven or eight seats (third-party companies were also offered a long chassis for installing their own bodies). In 1977, the production of a station wagon started – the first production Mercedes with this type of body: it had reinforced brakes, a third row of seats (turned against the ride) and a rear suspension with a hydraulic system that maintains ground clearance regardless of load. 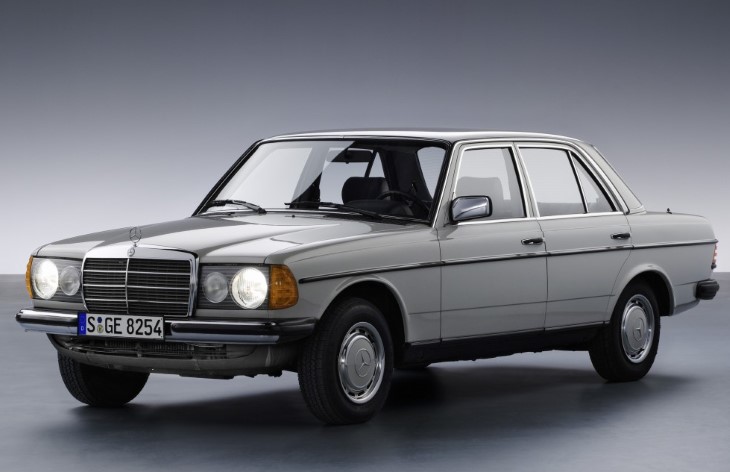 Rear-wheel drive powertrain “Mercedes W123” borrowed from the previous model: these are the petrol four-cylinder engines 2.0 and 2.3, the straight six-cylinder engine with a volume of 2.8 liters (including fuel injection), as well as four-cylinder and five-cylinder diesel engines of 2.0, 2, 2, 2.4 and 3.0 liters. The only new engine is the 2.5-liter petrol inline “six”. Buyers were offered manual and automatic transmissions.

In 1979, they began to install turbodiesels on the car, in 1980 the modernization affected gasoline engines (some of them received fuel injection), at the same time an anti-blocking system appeared in the options list.

Production ended in 1985 with the advent of the new model W124. A total of 2.7 million cars with all body types were made, making the W123 one of the most popular Mercedes cars in history.