The GMC Envoy SUV, which debuted in the American market in 1998, was an expensive and richly equipped version of the GMC Jimmy, aka the Chevrolet Blazer. The car, which had versions with both rear and all-wheel drive, was equipped with a V6 4.3 engine (190 hp) and a four-speed “automatic”. The production of this car was completed already in 2000.

In 2002, the production of the second generation of the GMC Envoy SUV began, created on a common platform with the Chevrolet TrailBlazer model. The car received an in-line six-cylinder engine with a volume of 4.2 liters and a capacity of 270-275 liters. with., worked in tandem with a four-speed automatic transmission. Buyers offered versions with rear and all-wheel drive.

The car was also offered in the XL version with a wheelbase increased by 40 cm (body length increased to 5.3 meters) and a seven-seater saloon instead of a five-seater one. Such cars were equipped with a 5.3-liter V8 engine, developing 290 hp. With. In 2004, the production of the XUV modification was launched – an outdoor vehicle with a removable rear roof section that turns the car into a pickup truck. Such an SUV had a lengthened base, a five-seater interior and an eight-cylinder engine under the hood. Demand for the GMC Envoy XUV was much lower than expected, and in 2005 this version disappeared from the lineup. At the same time, the car began to be offered in the Denali version, which was distinguished by the details of the exterior design, more “rich” equipment and a V8 engine with a system for shutting off part of the cylinders to save fuel.

The last GMC Envoy rolled off the assembly line at the Ohio plant in late 2008. 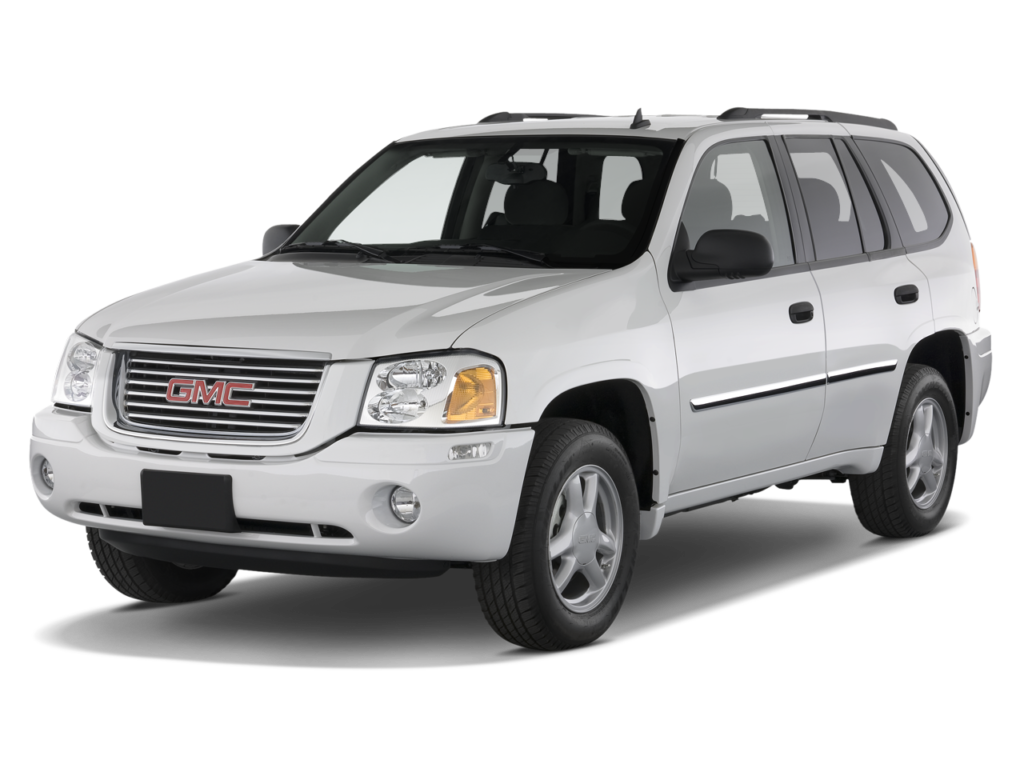