On this page, you can free download service/ repair/ owner’s manuals and wiring diagrams for Ford Taurus.

First introduced in December 1985, the Taurus has been produced for more than 25 years, being one of the oldest models in the Ford lineup.

The appearance of the Ford Taurus has made a great contribution to the development of automotive design and the industry as a whole, becoming a milestone. Since its launch in 1986, more than 7 million of these cars have been sold worldwide (7,397,595 as of March 31, 2009). This makes Taurus the fifth best-selling car from Ford, only the F-150, Escort, Model T and Mustang boast more sales. Between 1992 and 1997 Taurus was the best-selling car in the United States, losing the championship only in 1997, the Toyota Camry. 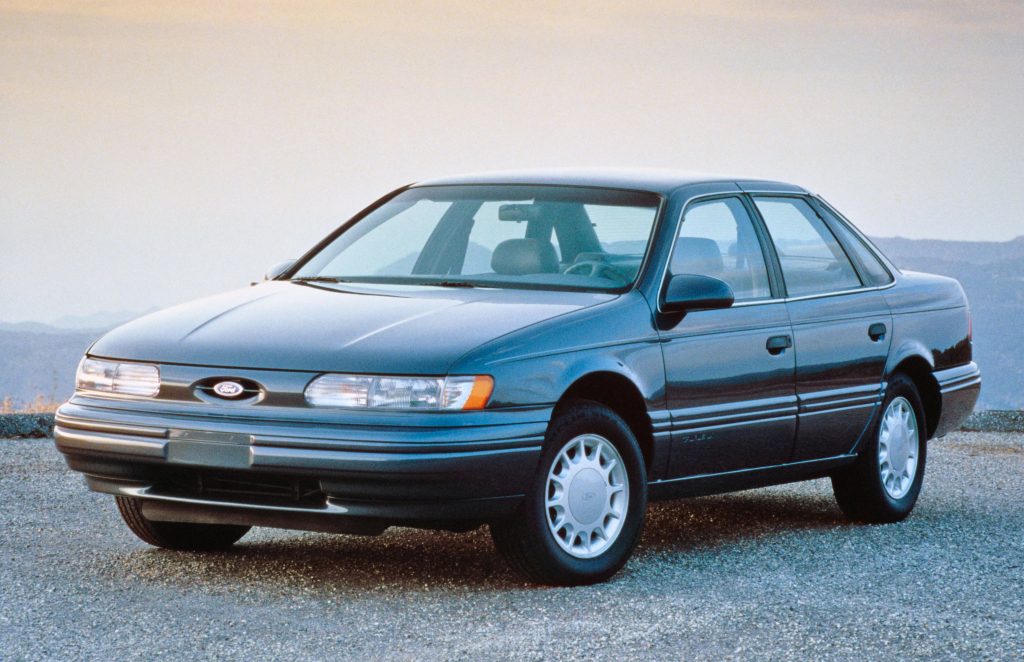 In the late 1990s – early 2000s, the Taurus was ousted from the market by Japanese mid-size sedans, so Ford decided to focus on the production of crossovers and comfortable SUVs, and on October 26, 2006, the Taurus was discontinued. It was decided to replace the model with new full-size and mid-size sedans Ford Five Hundred and Ford Fusion (version for the American market).

However, after a few months, it was decided to revive the model, renaming the restyled versions of the Ford Five Hundred and Ford Freestyle (Taurus and Taurus X respectively) into it.

Production of the Ford Taurus X crossover was completed on February 27, 2009, due to low sales. Mercury Sable ceased to be released on May 21, 2009. The release of the sixth-generation Taurus began on June 15, 2009.