In 1985, the production of a new Ford Scorpio car, which replaced the Granada model, was launched at the plant in Cologne, Germany (the former name remained on the UK and Ireland markets). It was a large five-door hatchback, the flagship of the European model range “Ford”. The car was well received by buyers, thanks to the comfort, spacious interior and equipment that is not bad for those years (for example, all versions had ABS in the “base”). In 1990, the Ford Scorpio appeared with a sedan, and in 1992 a station wagon went on sale. 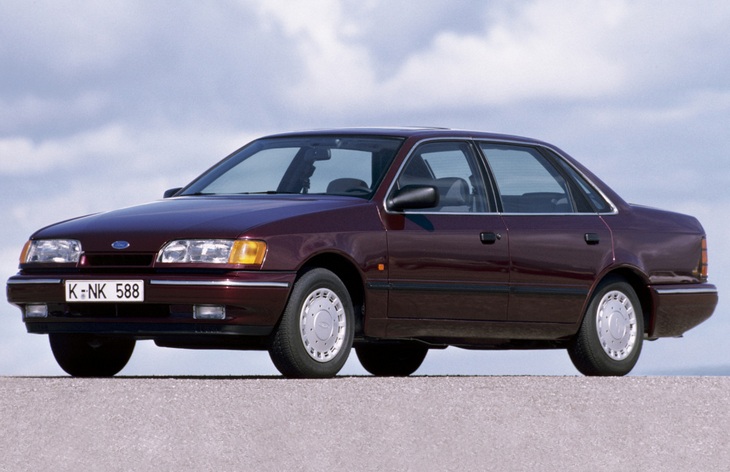 In 1989, the old carburettor engines disappeared from the gamut, but a new 120-horsepower power unit with a volume of two litres with fuel injection and two camshafts appeared. In 1990, buyers were offered Ford Scorpio Cosworth with a V6 2.9 engine with a capacity of 195 litres. with. received four valves per cylinder instead of two.

In 1992, the Scorpio received an updated design. At the same time, the Peugeot diesel engine was replaced by the Italian engine VM Motori with a 2.5-litre capacity and 115-litre capacity. with.