Ford Probe was introduced in 1979 as a concept car with a very low aerodynamic propagation coefficient. In 1982, in the US, Ford was working on the fourth-generation Mustang, which was smooth and fuel-efficient, unlike the previous Mustang third generation. The project was code SN8 and managed by Barry Johnson. To simplify the work, Ford, which owns 25% of the shares of Mazda, entered into an agreement, which resulted in Johnson receiving the 626th platform on which the car started to build. The exterior of the future car was occupied by Toshi Saito, a designer from the North American Design Center at Ford, who began work in the summer of 1982. From his sketches of the Mustang, the team of developers, and then the leadership, they selected those who, in their opinion, fit the new car more than anyone, and Saito started full-sized models, from which they also chose the best.

In September 1983, the project received the ST16 code, and the Fiberglass model and a team of four stylists were sent to Hiroshima. The Far East center for the development of the new Mustang was the 321 Office at Mazda headquarters. 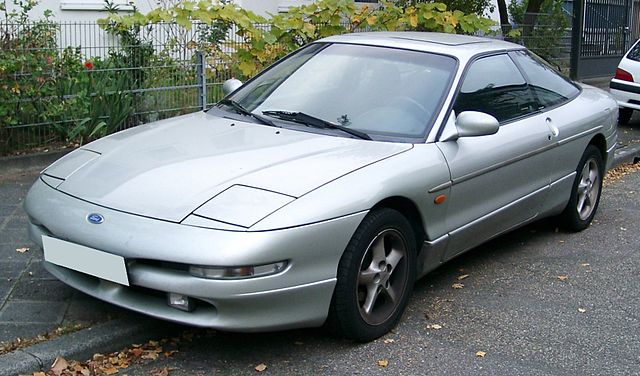 In Japan, there was a conflict between the leaders of Mazda and Ford, the first to approve the design, and the latter said it was already obsolete. The new Mustang requires more swift, sports lines. Ford insisted on a lower front, large windscreen and frameless shkl on the side doors.

In the 90s work began on the second-generation Probe. Ford and Mazda developer teams have teamed up again to complete the restyling and before 1993 introduce a new generation of Probe. The platform also became the Mazda 626. Ford developed the design, while Mazda developed the engine and chassis. The new car became longer by 5 cm, wider by 10 cm and lighter by 60 kg. The base model has got a 2.0-liter 4-cylinder Chassis engine with 16-valve 115 hp at 5500 rpm and 168 Nm of torque at 3500 rpm. The GT model was “charged” with a new 24-valve Majestic 2.5-liter six-cylinder V-shaped multi-point injection engine and a computer-based variable-speed gas distribution system. V6 issued 164 hp at 6000 rpm and 211 Nm of torque at 4000 rpm.

In August 1992, Probe was presented for general review. When Ford released a new Mustang in 1994, Probe sales began to fall. And it was planned to stop production of Probe in 1996, but lasted until 1997, which sold 32505 cars, which was the worst result among all Ford models.

On March 17, 1997, Ford officially announced the completion of Probe’s production.