In 1993, the Terrano II and Ford Maverick appeared similar to each other on the conveyor of the Nissan plant in Barcelona. The design of cars was developed by I.DE.A.

The range of engines consisted of two variants of the inline 4-cylinder power unit. The first of these is a 2.7-liter turbodiesel with a power of 99 hp, and the second is a gasoline injection 12-valve engine with a capacity of 2.4 liters and a power of 124 hp. Since 1996, the turbine engine has been modernized by installing a system for electronic fuel injection control and an intercooler, which allowed to increase power.

The Ford Maverick model continued to be released by the end of 1998, after which the deal with Nissan had been torn. 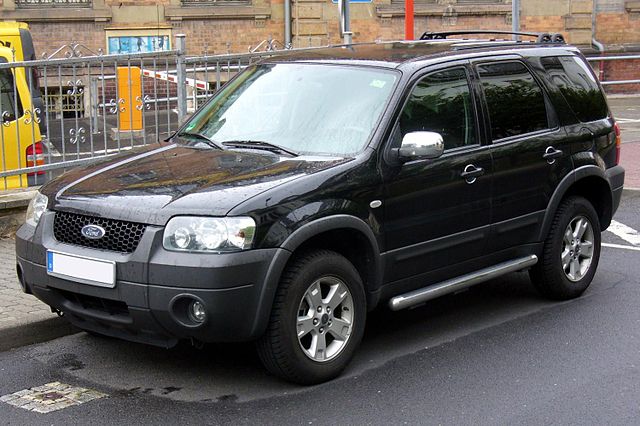 The second generation Maverick made its debut in 2000.

In the United States, this model is called Escape. The difference between them is small. Power units – American production. The 2.0-liter 16-valve engine of the Zetec family develops 124 hp, while the 3.0-liter V6 Duratec – 197 hp

Ford Maverick’s steering wheel is equipped with a hydraulic booster. The car is equipped with Transmission Control Trac II, which provides a full drive. Control Trac II can be controlled via the center console. The “Auto” ride mode is used for everyday ride, and “4×4” mode is desirable to activate when driving on impassability. It is important to recall that the Ford Maverick’s second generation is not equipped with a mechanism for locking inter-wheel differentials, for it also is not available downgrade gears. The braking system is represented by disc brakes at the front and rear. The standard equipment includes personal security system Personal Safety System, anti-lock braking system, emergency braking system, six airbags, front electric windows, seat upholstery, power steering, fog lights, tinted glass and rear windshield wiper.