This Italian compact sedan has a number of recognized advantages, such as high ground clearance, galvanized body, roomy trunk, economical fuel consumption. In addition, the car looks very attractive, it is perfect for conquering congested city highways and long trips to other cities.

So the owners of Fiat Palio can only be envied, although until recently, the car still had one drawback – it was the lack of printed manuals for the operation, maintenance and repair of equipment.

Fortunately, this situation has been completely corrected, since on this page you can download the Fiat Palio repair and maintenance manual, which contains all the necessary information not only regarding the repair of the car, but also the use, maintenance, adjustment.

This manual presents the 2001 Fiat Palio models, they are equipped with gasoline engines of various capacities with a working volume of 1.2; 1.4; 1.6 liters. There is also a complete set with a 1.3-liter diesel engine with a capacity of 70 horsepower.

In general, before you is a very informative encyclopedia for all drivers interested in the happy fate of their Fiat Palio, as well as for the masters. These manuals contain information on safety when working with the Fiat Palio, a lot of useful instructions and tips that sooner than later will be in demand in the process of handling the car. There is no doubt that the Fiat Palio design overview, spanning several pages, will be an excellent guide for beginners, as well as the detailed Fiat Palio user manual, which gives a clear and complete picture of the car as a whole. There is also in this book and information on the maintenance of Fiat Palio, so that any preventive work can be carried out independently, taking into account the regulations and the list of necessary tools for their implementation.

Fiat Palio is a compact car with a hatchback body, produced by FIAT SpA for Eastern Europe.

In 1996, Fiat launched the “worldwide” Palio car, which was produced and sold all over the world. The first plant to start assembling the model was a Brazilian one, and later its production was organized in Argentina, Turkey, Poland, China, South Africa, Morocco, India, North Korea. Developing countries became the main sales market, but Palio was also sold in some Western European countries.

The Punto platform was taken as the basis for designing the car. The bodywork range included a hatchback, station wagon and pickup. The sedan received its own name Siena (later, the well-known Fiat Albea was created on its basis).

Over the years, Fiat Palio was equipped with gasoline engines with a volume of one to 1.8 liters, a 1.9-liter diesel engine and a 1.7-liter turbodiesel. Several times, in 2001, 2004 and 2007 and 2009, the model was upgraded. Production of the first generation Palio continued until 2017.

The second generation of the Fiat Palio model was produced from 2011 to 2017. Cars were made at factories in Brazil and Argentina, sales were carried out in the markets of South American countries.

Fiat Palio was equipped with petrol four-cylinder engines of 1.0 liter (73 HP), 1.4 liter (85 HP) and 1.6 liter (115 HP), working in combination with five-speed gearboxes – mechanical or robotic. Versions for Brazil traditionally could run not only on gasoline, but also on ethanol.

In Brazil, prices for the model started at 45 thousand rials (approximately $ 14 thousand). The Fiat Grand Siena sedan was also created on the basis of the Fiat Palio hatchback. 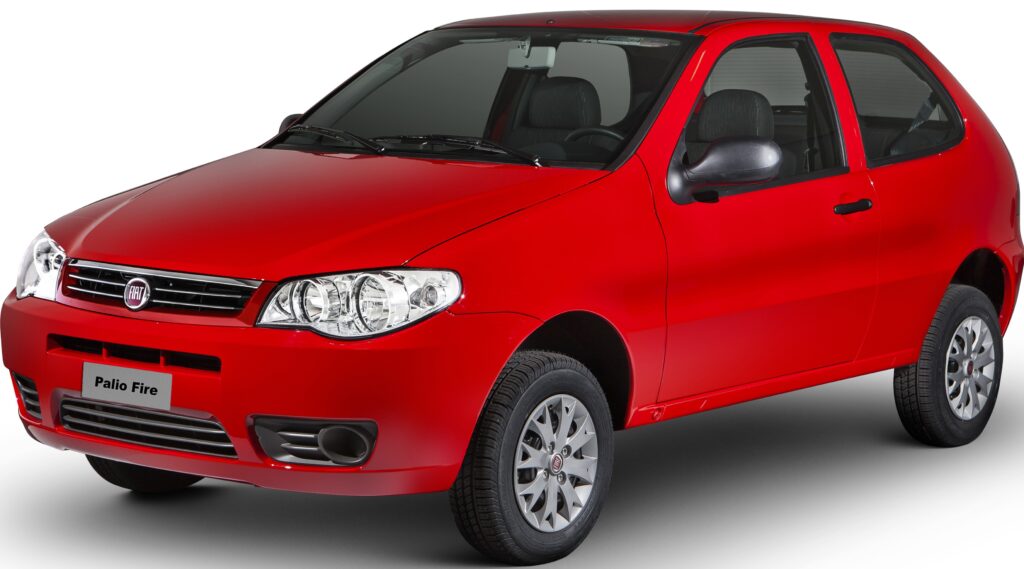