The Dodge Challenger is a Dodge sports coupe of the so-called Pony car class, which has been manufactured since 1969 with breaks in various modifications. It was designed to compete with cars such as the Chevrolet Camaro, Ford Mustang, Mercury Cougar and Pontiac Firebird. And in this capacity as well as models of competitors also became “cult car”.

On December 3, 2007, Chrysler began accepting applications for the third-generation Dodge Challenger, which debuted on February 6, 2008 at both the Chicago Auto Show and the Philadelphia International Auto Show. The new version is a 2-door coupe that shares common design elements with the first generation Challenger, despite the fact that it is much longer and taller. The chassis is a modified (reduced wheelbase) version of the LX platform used by the new Dodge Charger, Chrysler 300 and Dodge Magnum (2005-2008 model year). All 2008 models were marked “Limited Edition 2008 SRT / 8” and were equipped with a 6.1-liter Hemi engine and a 5-speed automatic transmission. All 6,400 cars in 2008 were sold in advance, and production began on May 8, 2008. Production of the Limited Edition 2008 SRT / 8 ended in July 2008, and production of the regular series began in early August of that year. Back in the spring of 2008 at the New York Motor Show Chrysler showed the full line of Dodge Challenger 2009 model year: Challenger SE, Challenger R / T, Challenger SRT8, and Challenger SXT (Canada only). In addition to the SRT8, the SE and SXT were equipped with a Chrysler SOHC 3.5 V6 engine (250 hp) and the R / T model with a Chrysler 5.7 Hemi (370 hp) engine combined with a 5-speed automatic or 6-speed automatic. -stated manual transmission. 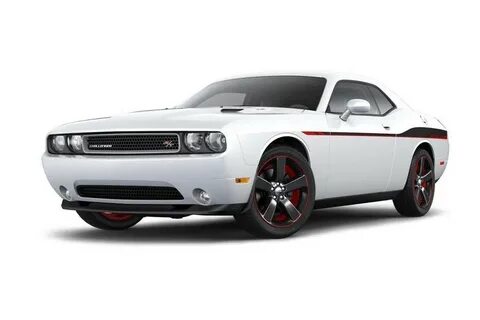