There are cars that, despite the fact that many years have passed since their appearance on the market, do not become obsolete over time. Their technical characteristics, classic design and years of impeccable service are the best proof that we have before us the pride of the company, timeless classics, which are interesting to many experienced drivers and can be a hallmark of style and quality. This is exactly what the Citroen XM is. In order for the car to become a reliable partner for the driver, and the repairs give only predictable results, sometimes it is necessary to consult a reference book, for example, such as the Citroen XM repair manual.

This Citroen XM manual will become an important help in the work of professionals on the basis of a car service, and will also bring noticeable benefit to all responsible motorists who expand their stock of knowledge and skills.

The Citroen XM service manual refers to the operation, maintenance and repair of models produced from 1989 to 2000 and equipped with 2.0 liter gasoline engines or 2.1, 2.5 liter diesel engines.

The manual also contains many additional materials that are easy to find and use. For example, it will be important for users to have safety rules in the process of servicing and repairing Citroen XM, but before that, it is better to familiarize yourself with the theory of the issue, starting with a detailed analysis of the design of these cars.

The manuals describe all components of the Citroen XM with their technical data and principles of operation. In addition, the manual includes a complete manual for the Citroen XM. Not without, of course, a section on maintenance, which contains descriptions of the checks themselves and a schedule of all these works with a list of tools for their implementation.

In a separate block of the manual you will find the Citroen XM wiring diagrams, they are color-coded and accompanied by important recommendations for the electrical equipment of the car.

Sales of the large front-wheel drive hatchback Citroen XM started in 1989, in 1990 the novelty was recognized as “Car of the Year in Europe”, and a year later the model range was replenished with a station wagon.

This business class car has become the new flagship of the French brand, replacing the Citroen CX model. The car was designed on a common platform with the Peugeot 605 sedan, but Citroen had a proprietary hydropneumatic suspension.

The car was equipped with a hydropneumatic adaptive suspension Hydractive, the characteristics of which, at the command of the electronics, were adjusted to the driving style and to changing road conditions (some of the cars had conventional hydropneumatics without electronics). The car also had the ability to change the ground clearance.

Hydractive provided the machines with excellent ride quality, but at the same time was a “weak point” in terms of reliability. For example, all suspension elements, braking system and power steering were included in one hydraulic circuit – in the event of a breakdown in one system, all other elements also failed.

The Citroen XM was equipped with 2.0 gasoline engines (including turbocharged ones) and 3.0 V6 engines, developing from 115 to 210 hp. sec., as well as diesel engines with a volume of 2.1 and 2.5 liters. Transmissions – five-speed manual or four-speed automatic.

In 1994, the model was restyled. The body design was slightly changed, the dashboard was updated, an airbag appeared in the list of options (as a result of which the characteristic single-spoke steering wheel had to be abandoned), but more importantly, the hydropneumatic suspension was modified.

Initially, interest in Citroen XM was high, especially in France, but the car could not boast of good sales, especially after information about reliability problems appeared in the press. The main competitors of the car were, for example, Audi 100, Ford Scorpio, Opel Omega.

The release of the model was completed in 2000, a total of 333 thousand copies of the model were produced (in 1996-1997, cars were assembled in small quantities in China). The successor to the car was the Citroen C6. 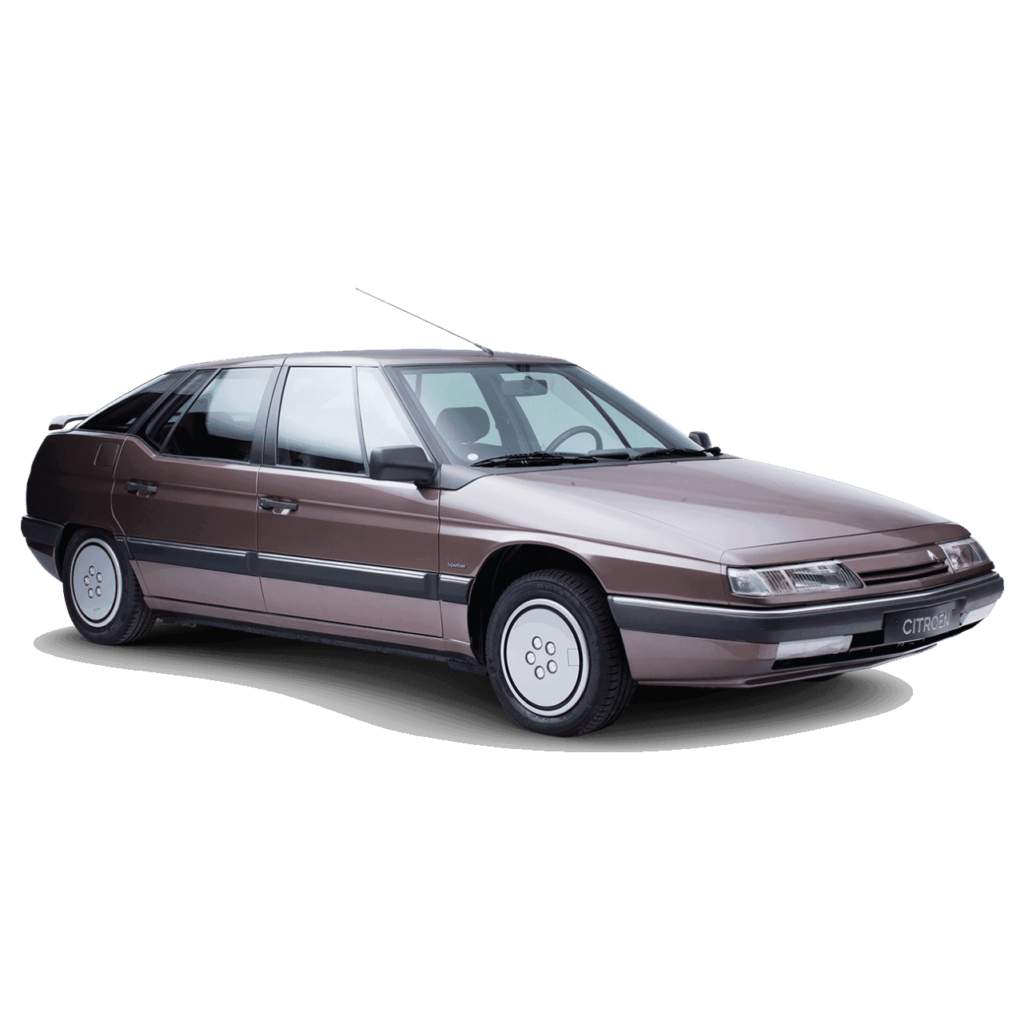