This powerful car rightfully took first place in the list of the most sold-out Russian SUVs in the period from 2004 to 2008. The automobile manufacturer GM-AvtoVAZ is involved in the production of this car. Indeed, even today the SUV is pleasantly surprised with its soft ride, predictable and very comfortable handling, technical excellence and the highest endurance. And its appearance has long been a classic design solution for cars in its class. It is no wonder that a large number of motorists and professionals would like to acquire a good manual for resolving any controversial situations, one way or another related to the famous SUV.

Chevrolet Niva repair manual is intended to help craftsmen, as well as amateurs of various levels of training. Manual for the operation, maintenance, diagnostics and repair of Chevrolet Niva off-road vehicles manufactured since 2001, taking into account the modification of 2009. These cars are equipped with VAZ-2123 gasoline engines (EURO 3 and EURO 4).

The proposed Chevrolet Niva manual turned out to be detailed and very high-quality illustrated and will become the most important source of comprehensive information about the car and will help the driver test his strength in successfully applied activities. All information is presented clearly and accurately so that the reader can cope with various repair situations on his own.

The manual includes a complete catalogue of off-road vehicle parts, there is a chapter on safety precautions in the process of working with the car, an overview of the Chevrolet Niva device is given, so that the driver can get a complete picture of the work and interaction of the components of the car.

The Chevrolet Niva operating manual will tell you the only right solution in difficult situations in the garage or on the road, and the off-road vehicle maintenance section will teach the user to properly take care of the car, preventing dangerous situations on the road. To understand the electrical equipment of an off-road vehicle, you need to delve into the Chevrolet Niva wiring diagrams, which are also given.

For all responsible motorists and craftsmen, the maintenance manual provides useful instructions and clear, step-by-step instructions for setting up, diagnosing and repairing a Chevrolet Niva, so that even a beginner can cope with a number of problems on his own, without wasting his time and money.

The Chevrolet Niva is a compact SUV that was mass-produced in Russia from 2002 to 2020.

This car debuted in 2001 as Lada Niva or VAZ-2123, but under the original name they managed to make only a small batch of cars. Due to the lack of funds to launch mass production, AvtoVAZ was forced to attract investors – the General Motors concern and the European Bank for Reconstruction and Development. In June 2001, a joint venture was established, in October of the same year, construction of the plant began. And in September 2002, the serial production of SUVs started, but already under the name Chevrolet Niva.

The SUV was equipped with a 1.7-liter gasoline engine with a capacity of 80 liters. with., working in combination with a five-speed manual gearbox. All cars had a permanent four-wheel drive with a center differential lock and a reduction gear.

After restyling in 2009, the Chevrolet Niva received an updated design, invented by the Italian company Bertone. In the future, the company added new options to the equipment of the model: airbags, ABS, media system and so on.

In 2020, prices started at 695,000 rubles for a car in a simplified SL configuration with one airbag and ABS. An SUV in the L version (power windows, electric mirrors, central locking, audio preparation, immobilizer) cost 726,000 rubles.

At the end of 2019, AvtoVAZ bought out from its partner, the American concern General Motors, half of the shares of the joint venture GM-AvtoVAZ, becoming the sole owner of the plant. In the summer of 2020, the SUV was given the name Lada Niva, and soon, after restyling, the model was renamed Lada Niva Travel. 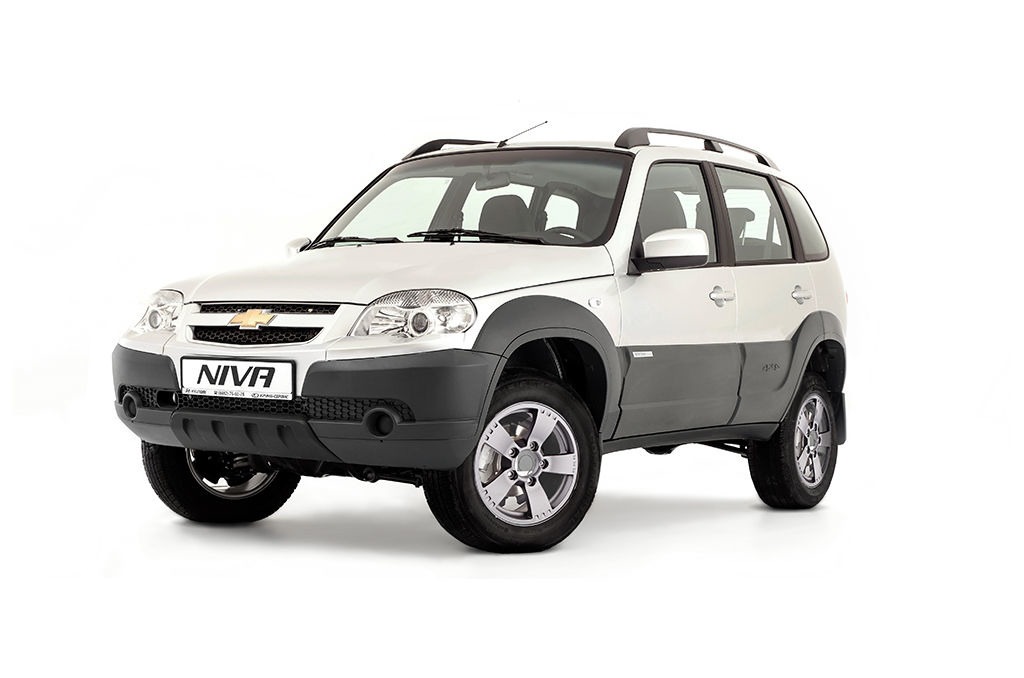