It is enough just to see this car once to understand that we have a prestigious model designed for true connoisseurs of beauty, convenience and high capabilities of four-wheeled vehicles. Its streamlined shape with angular headlights looks modern and daring, while its innovative features allow you to travel in maximum comfort, even off-road as if it were a well-packed city highway.

As you know, even a modern car cannot work without failures if it is not properly maintained or the maintenance procedures are forgotten according to the regulations. The same applies to the repair of the car, because any action in this area must be appropriate and effective. Cadillac SRX repair manuals are designed to provide professional answers to any questions related to these models. This second-generation Cadillac SRX has been produced since 2010 and is equipped with 2.8, 3.0, 3.6 liter petrol engines. Such benefits will be necessary not only for car owners, but also for car service specialists who want to cope with any repair tasks quickly and easily.

These Cadillac SRX repair manuals turned out to be fully illustrated, with illustrative examples, precise instructions on how to act for the user in various situations with a car based in a garage or in an auto repair shop. The manual is soundly published, on good paper, with a secure binding. At the same time, the text itself is accurate and understandable, even if a novice motorist starts to study new information.

The manual can be roughly divided into two parts. This is theoretical information about the Cadillac SRX, including an overview of its design, safety instructions, useful tips for drivers, tips for choosing tools and materials, spare parts. Also included is an illustrated instruction manual for the CADILLAC SRX, which will help the driver get the most out of “communication” with his four-wheel partner. Separately, car maintenance is considered with examples of all necessary checks and inspections at the specified frequency. The manuals also contain all the CADILLAC SRX wiring diagrams for quick and easy work with the electrical equipment of the machine. The second part of the manual is devoted exclusively to the diagnosis and repair of the car. Now the driver or the master has a clear instruction with illustrative examples of how to quickly fix certain Cadillac SRX malfunctions in specific situations using standard tools.

The name SRX was first introduced in 2004 by Cadillac to denote luxury SUVs produced under its brand.

The first generation Cadillac SRX was produced from 2004 to 2009

The mid-size Cadillac SRX crossover, built on the same Sigma platform as the CTS and STS sedans, began production in 2004. Versions with V6 and V8 engines, with rear or permanent all-wheel drive were available. In the American way, a cheap salon was at odds with pro-European driving habits. Unusual appearance was as if in itself. After the restyling in 2006, the car became more harmonious. Until now, it has enjoyed low but steady demand both at home and in the markets of China and the Middle East. In total, less than 150,000 first-generation SRXs were sold worldwide.

In 2010, Cadillac introduced a completely new SRX based on the Provoq concept. GM Theta Premium all-wheel drive platform is used for production, unique, but has some components of Theta and Epsilon II platforms. The second generation SRX began production in the summer of 2009.

SRX was officially introduced in January 2009. It was optionally launched with a 3.0-liter V6 with direct fuel injection, a 3.6-liter unit from the Cadillac CTS, or a 2.8-liter turbocharged V6.

In January 2011, General Motors stopped production of the 2.8-liter turbocharged V6 in the SRX, citing poor sales figures. Less than 10 percent of SRX buyers preferred a turbocharged engine. It was replaced by a 3.6-liter V6 on the alternative fuel E85. 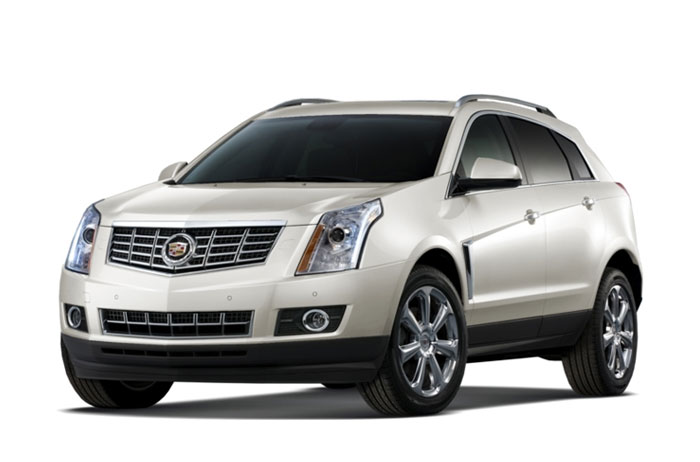