BYD E6 is a fully electric 5-seater compact crossover with zero release of harmful substances. The prototype of the model was presented at a car dealership in Beijing in 2008. In January 2010, the pre -scale version of E6 was debut in Detroit, and a year later – ready for mass production.

Several times, BYD corrected plans, appearance and stated characteristics of its electric vehicle, but in May 2010 released the first batch of 50 E6, starting large -scale tests of the model as a taxi in the Chinese city of Shenzhen. During the year, the crossovers overcame 2780000 km, not demanding serious repair and not losing their characteristics.

The front -wheel drive E6 is equipped with an electric motor with a capacity of 101 hp. (75 kW, 450 nm), which feeds on the iron and phosphate battery “Fe” of its own development. Without recharging, the electric car is able to pass up to 300 km in urban conditions, accelerating up to 100 km/h in 12 seconds, and the maximum speed E6 can be 140 km/h. Part of the energy is restored by the batteries using a re -braking system, and a complete charge from the network (10 kW) will take 6 hours. In 40 minutes, you can restore the battery capacity with a special charger (100 kW). 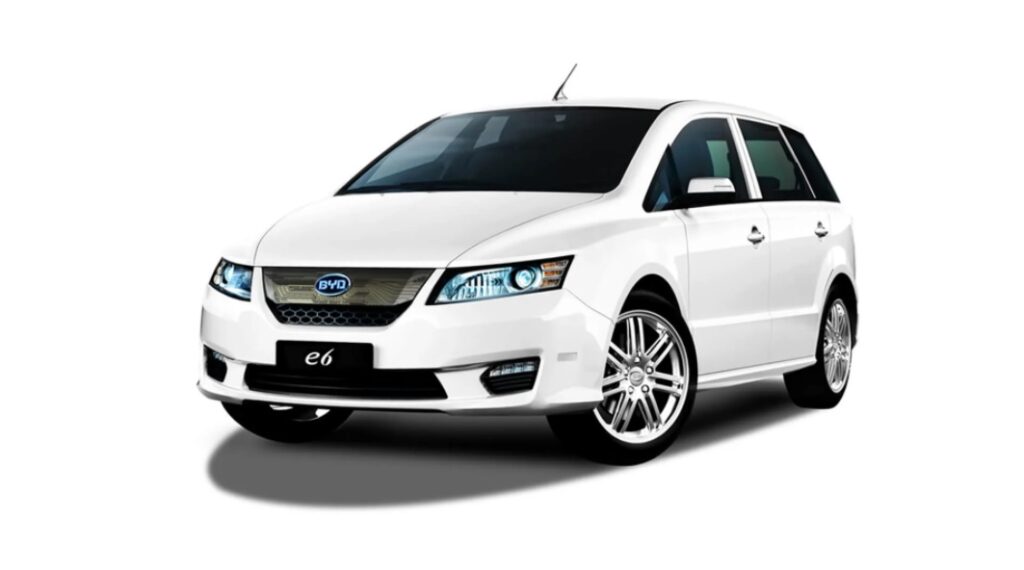