The first Estate Wagon was offered in the Super range in 1940. It had a wooden body and was also available as a Special from 1941 to 1942 and again on the GM C platform as the Super and Roadmaster from 1946 to 1953. From 1954 to 1964 it was offered on the smaller GM-B platform as the Special, Century, LeSabre and Invicta with all-steel bodies. Among them there were also hardtop models with the name Caballero in the model years 1957 and 1958.

In 1970 the model name was reintroduced on the GM-B platform and was now simply called the Estate Wagon. The 1970s had the “two-way door-gate” with a retractable pane.

From 1971 to 1976, the Estate Wagon was built on the GM C platform and, like all GM large station wagons, featured the new Clam Shell tailgate. With this variant of the tailgate, the rear window is lowered as a separate unit between the roof and the interior lining and the tailgate itself moves down into a space under the inner floor of the trunk. The 1974-1976 GM station wagons were the largest ever built. The vehicles at that time had a 7.5-liter V8 engine.

In 1977 the Estate Wagon was downsized and re-released on the GM-B platform. A 1979 Estate Wagon Limited offered many optional extras at no extra cost. To better distinguish the Limited model from the cheaper variants, it had four vents in the front fenders instead of three, and the interior featured loose cushions. Styling changes for the 1980 model year improved the car’s aerodynamics and helped it achieve better gas mileage. Also in 1980, the Electra Estate Wagon was introduced, replacing the Estate Wagon Limited. The simpler model was called the LeSabre Estate Wagon.

The last estate wagons were rear-wheel drive vehicles on GM-B platform with a wheelbase of 2944 mm. The Electra Estate name was used for the 1988 and 1989 station wagons, although the Electra sedan was front-wheel drive and built on the GM C platform. In the last model year, 1990, the vehicles were simply called Estate. This Estate was replaced in 1991 by the Roadmaster Estate Wagon on the GM-B platform. Although this was an Estate, it is usually called the Roadmaster. 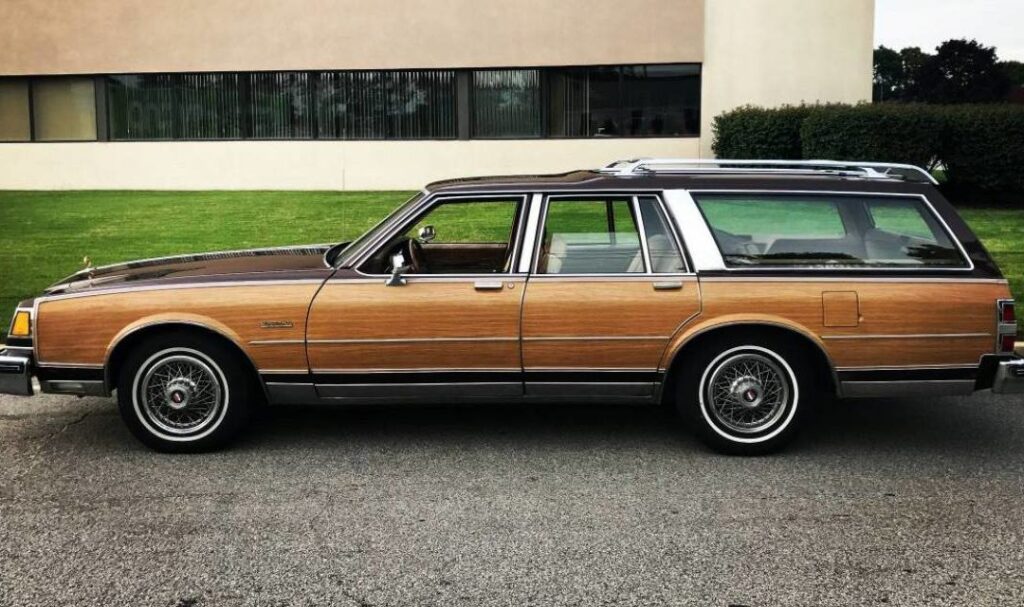