The BMW 7 E38 owners workshop manuals PDF contain a large number of illustrations that show the controls and individual stages of work.

Electrical Wiring diagrams (for BMW 7-Series E38) help to quickly identify faults in the electrical system and facilitate the installation of additional equipment.

The procedures for repairing the engine, power system, exhaust system, clutch, gearbox, suspensions, steering, brakes, wheels and tires, bodywork, electrical equipment, and other components and assemblies of the car are described in detail.

The repair and owners manual is intended for owners of BMW 7-series, service station workers and car services.

Here is a little history about BMW 7-Series E38

The model has undergone significant changes both in appearance and under the hood. The design is largely determined by the previous E32 body (outside) and some details inside. The interior design later became the prototype for the fifth series in the E39 body (reduced copy). Exclusive versions of the model were also presented in the elongated bodies: 740iL and 750iL (wheelbase extended by 140 mm) and even more stretched 750 XLA (wheelbase extended by 390 mm). At the end of 1998, the body underwent a slight restyling.

Models 740iL and 750iL were also available in lightly armoured (class B4) version Protection. Also based on the 740iL or 750iL there is a version of the armoured vehicle (Security version, class B6 or B7). In technical equipment, the model has come a long way. This is especially true of electronic systems. For the first time such systems were introduced as: 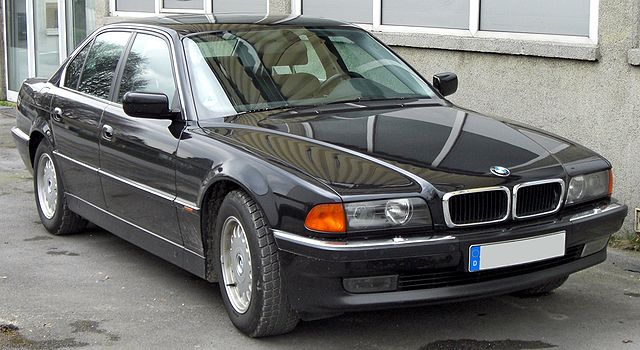